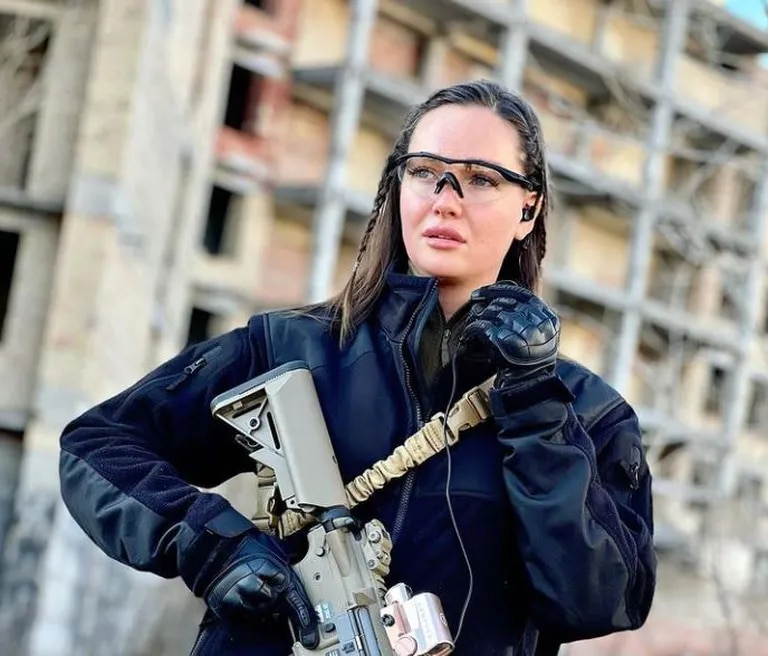 After the Russian invasion of Ukraine, President Volodymyr Zelensky called on his population to take up arms and resist, while he declared Martial Law that prohibited men between the ages of 18 and 60 from leaving the country.

In this context, many and many have joined the army on their own initiative and this is the case of Anastasia Lenna, A model and public figure in Ukraine with more than 167 thousand followers on Instagram who also won two beauty pageants: Miss Grand Ukraine 2015 and Miss Supranational Ukraine 2016.

Through her social networks, the young woman announced her support for the troops and called for them to fight. “22.02.2022. Support Ukraine”, she wrote alongside a picture in which she is seen in military dress and carrying a weapon of war. The date corresponds to the day the country was invaded by Russia.

The model does not stop sharing stories and documents on her networks and shows a great commitment to the conflict. In another post, in which she shared the Ukrainian flag, she called on Russia to call a ceasefire. “Stop the war, pray for Ukraine,” she wrote.

As reported by the Ukrainian media, Lenna was in the army for several years where she received military training, but later retired to pursue her promising career as a model and actress. Now, amid the escalating conflict, she has once again taken up arms to defend Ukraine. She on her Instagram account revealed how she uses the AK-47 machine gun to protect her compatriots.

His photos accumulate thousands of likes and the news of his inclusion in the army traveled the world. “Everyone who crosses the Ukrainian border with the intention of invading will be killed!” he warned in an Instagram story on Saturday.

Like her, there are many other women who decide to join the army to resist. Recently, the story of a deputy who learned to use a machine gun became known. Is about Kira Rudik, leader of the liberal Voice party (Voice, in ukrainian) in the Verkhovna Rada or Parliament of Ukraine, who shared on her social networks a series of images where she was seen holding and testing a Kalashnikov submachine gun, better known as AK-47. He assured that “He will not allow the Russians to take his country”and also invited women to join the armed struggle.

Ask your questions about the Ukraine war HERE