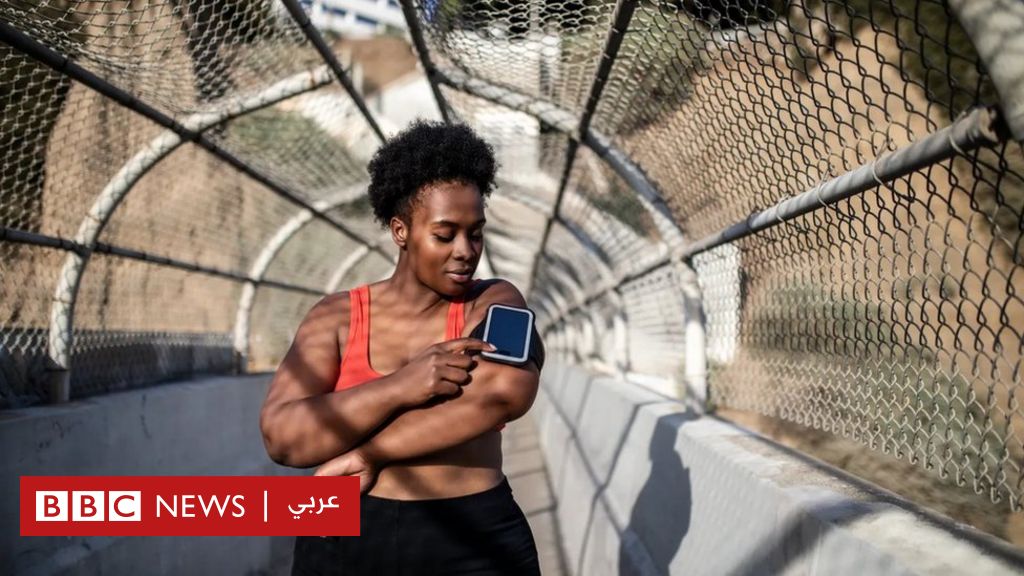 Getting in shape may require many months of hard training. Although the strength you will gain from this may wear off quickly if you stop training, that does not necessarily mean that in this case, you will have to start from scratch again.

Getting fit or healthy isn’t easy. So, some may wonder, after making a great effort in exercising to achieve this goal, about the period of time during which they will be able to maintain this distinguished physical condition. The answer to this question came through studies, which showed that no matter how much effort is made in training to reach a distinct level of physical fitness, stopping those exercises for a period may lead to us becoming “physically unfit”, much faster than the one that took us. to reach that level.

And to know how a person can lose the fitness he gained thanks to sports if he stops exercising; First we have to understand how we can get physically fit. The main element, which brings us to this state, whether it is embodied in the form of increasing muscle strength, or improving the status of the heart and blood vessels, which is known as “cardiovascular fitness”, is to exceed the “usual load”, that is, to make one’s body exert More effort than usual. Here, the pressures that the body is exposed to, make it more adaptable to that extra effort, and more endurance as well, which in turn leads to its acquisition of higher rates of physical fitness.

The time you need to get fit depends on a number of factors, including your age and fitness level, how much effort you put into your workouts, and even the environment you’re training in. Pollution and high temperature may affect – for example – your physiological response to those exercises.

However, some studies suggest that you may need only six sessions of intermittent training, to increase what is known as “maximum oxygen capacity”, a term that refers to “the largest capacity of oxygen that the body can absorb, if it is making the maximum effort possible per minute.” “. The level of this capacity is one of the measures by which one can identify the general level of fitness that a person has. These sessions can also improve the body’s ability to revitalize its limbs during exercise, by using the sugars stored in our cells.

And if you do “strength training”, you can feel some of the benefits you derive from it in terms of strengthening your muscles, within a period of no more than two weeks, from the beginning of your exercise. But the period required to make a visible change in the size of the muscle, ranging between eight and twelve months.

How quickly you lose fitness, if you stop exercising, depends on several factors, including the type of fitness we are talking about in the first place, do we mean “cardiovascular fitness”, or do we pay attention to muscular fitness.

To simplify it, let’s imagine here a hypothetical scenario, in which a marathon runner is in peak fitness, and can run the full marathon distance, in about two and a half hours, for example. Under this scenario, the runner is supposed to train five or six days a week, running a total of 90 kilometers (56 miles). Also, according to this scenario, he has spent the past 15 years making great efforts to improve and develop his level of physical fitness.

Now let’s say this athlete decides to stop exercising altogether. This will mean that his body will not become subject to the pressures that he is usually exposed to when his owner practices these exercises, which force him to remain physically fit. This results in our champion athlete, starting to lose his fitness, within a few weeks.

Among the types of fitness that will be affected by this hypothetical runner as a result of his cessation of sports training; Cardio-respiratory fitness, which is related to the ability of the heart and respiratory system to obtain oxygen from the outside air, transport it through the blood and extract it by cells, especially muscles, with the aim of producing energy. The level of this type of fitness, which is determined by the rate of “maximum oxygen capacity” of a person, decreases by up to about 10 percent within the first four weeks of stopping exercise. The decline will continue after that, of course, but at a slower pace.

It may be interesting to know that although very well-trained athletes, such as marathon runners, experience a severe decline in their “maximal oxygen capacity” during the first four weeks of discontinuation, this decline fades afterward. Eventually, the level of this type of fitness in these athletes, to a degree higher than the average for the average people. As for the average person, the level of “maximum oxygen capacity” will drop sharply, to settle at the level it was at before the start of training, in less than eight weeks and no more.

The drop in blood plasma volume can reach approximately five percent within the 48 hours immediately following the cessation of exercise. The decrease in blood and plasma volumes, reduces the amount of blood that is pumped throughout the body, with each heartbeat. But the positive thing here, perhaps, is that the volumes of blood and plasma fall back to what they were before the start of exercise, which means that their situation will not worsen from that.

Although most of us are not, of course, marathon runners, the effects of stopping training on our bodies are no different from those of athletes. As soon as one of us stops exercising, his body begins to lose what happened to the heart and blood vessels in it, from changes aimed at adapting to the situation resulting from exerting more effort than usual. Our fading rates are not much different from what happens with well-trained runners.

And if we turn to the effect of stopping what is known as “strength exercises” on the muscle strength we gain thanks to them, we will find that the available scientific evidence in this regard indicates that stopping for 12 weeks from practicing this type of exercise leads to a significant decline in the body. The weight of the weights, which one can lift. Fortunately, studies also show, however, that you are still able to maintain the amount of strength you gained before you stopped exercising. It is also interesting to know that the significant decline in muscle strength in this case, is accompanied by only a very slight decrease in the size of muscle fibers.

Our loss of muscle strength in general is related to the fact that when we stop exercising, we stop putting stress on our muscles as a result. If you stop training these muscles intensely and hard, they will become “dormant”, which leads to a reduction in the number of fibers in each of them. It also reduces the number of muscles that one can mobilize during any activity, which ultimately makes us less able to lift heavy weights, which we used to lift.

It is estimated that the number of muscle fibers mobilized and used during exercise decreases by up to 13% after only two weeks of stopping strength training, although this does not appear to be associated with a decrease in the strength of the muscles themselves. This suggests that the losses incurred in this respect, the longer the period of abstinence, results from the decrease that occurs in the first phase of discontinuation, in the number of fibers per muscle, as well as from the slower decline, in the muscle mass as a whole.

In this case, those who used to frequent the gyms will suffer from a decline in the size of their muscles and over time they will find that it has become difficult for them to lift heavy weights, because they have fewer fibers in each muscle, which reduces the muscular ability that they can mobilize to help, Carry those weights.

As for muscle strength, the effects appear on it, after between six and ten weeks. On the other hand, the rates of decline in physical fitness due to stopping sports training do not differ between a man and a woman or even an athlete who is older than the average. But the more fit you are, the slower the pace of your loss, of the benefits you gain, by sticking to your workouts for a while.