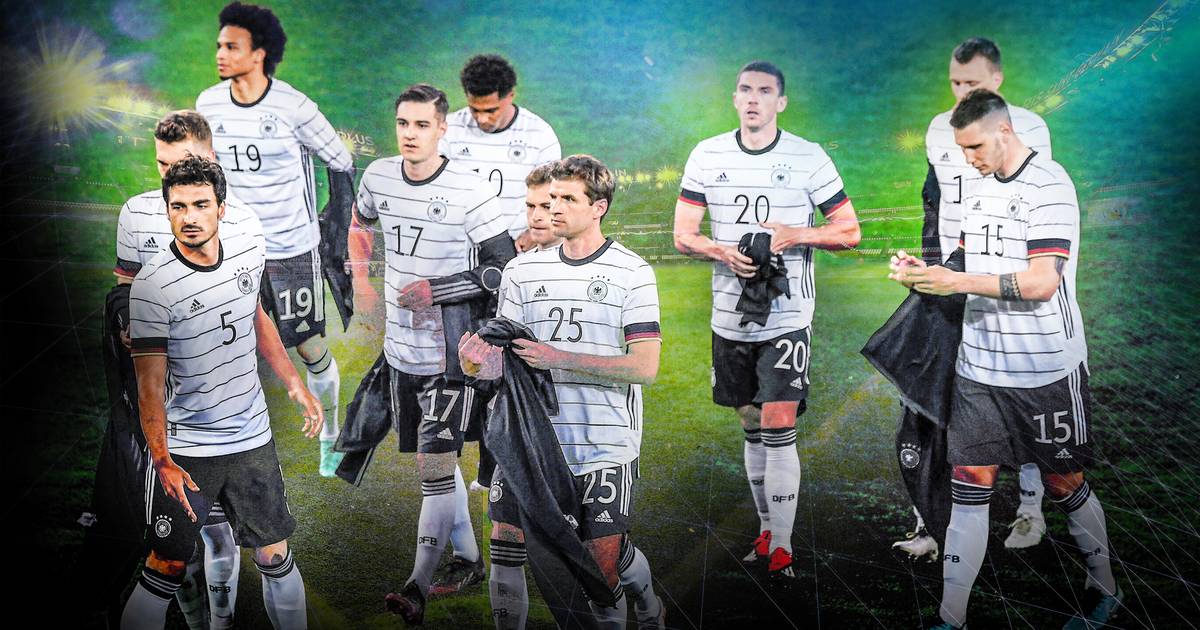 The time for experiments is over!

Joachim Löw did the first part of the EM preparation with the 7-1 success in the test against Latvia on Monday evening completed. Previously, the German team struggled to a 1-1 draw against Denmark.

In the EM quarter in Herzogenaurach, called “Home Ground”, Löw is now putting the finishing touches on. Tuesday and Wednesday are free for the team. Training will start again on Thursday.

Who are the previous winners and losers in the national coach’s 26-man squad? SPORT1 has been with us since day one and explains!

Matthias Ginter: For Löw, the defensive all-rounder is reliability in person. Ginter is strong in the air and on the ground and has the best cards for an EM regular place, provided the national coach continues to rely on a three-man chain.

Robin Gosens: He dominates the left side in the three-chain system like no other. At Atalanta Bergamo he advanced to the top European class in this position. He is very popular in the team. Always more powerful towards the front.

Mats Hummels / Thomas Müller: The two world champion returnees live up to their leadership role and have taken on responsibility in Seefeld since day one. With their experience, both ensure the necessary looseness in the team. They are top performers in the field.

Antonio Rüdiger: Löw declared the defense giant at the beginning of the EM preparation to be the defense chief. Rüdiger is an indispensable part of the starting XI due to his physique and speed and can be used flexibly defensively in any system.

Florian Neuhaus: The center has high quality staff. Due to his strong performances in the DFB dress and most recently against Denmark, Neuhaus is at least the first replacement for the established Ilkay Gündogan and Toni Kroos. He will get his European Championship stakes.

Marcel Halstenberg: As the only DFB player in the squad, the Leipziger did not collect a single minute of use in the last two test matches. Gosens has overtaken him on the left. He duels with Freiburg’s Christian Günter for his backup role.

Lukas Klostermann: If Löw really wants his back three to act more offensively, Klostermann shouldn’t be chosen. It plays solidly on the right side, but nothing more. He disappointed against Denmark and missed the Latvians due to knee problems.

Niklas Süle: Löw made people sit up and take notice when he ordered Süle to take additional shifts in Seefeld to get fit for the European Championship. Süle played well against Denmark, but initially only sat on the bench against the Latvians. In the central defense, Rüdiger and Hummels are set.

Emre Can: The BVB leader traveled to Seefeld with a lot of self-confidence. He had to pass against Denmark because of adductor problems, against the Latvians he was just a wild card. Nevertheless, Can can hope for missions because he is very flexible.

Leon Goretzka: After tearing a muscle bundle in his left thigh, the Bayern star has only been able to train individually so far. Löw already confirmed that SPORT1-Information that even his mission against France (June 15) is in jeopardy. Damage!

Leroy Sané: He is still considered the great hope of the European Championship and has big plans. Nevertheless, Sané often lacks the right body language and luck. Kai Havertz and Timo Werner are about to pull past him. More must come from Sané.

Everything about the European Football Championship 2021 at SPORT1: