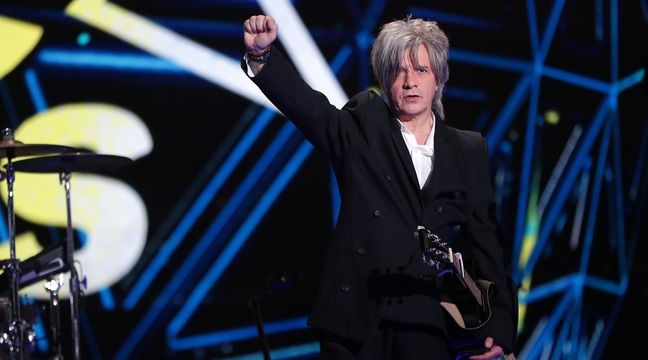 Lost in the infernal valley of the coronavirus, the heroes are called
Indochine. The group was appointed to launch the (experimental) resumption of concerts in the next world. This Saturday, 5,000 spectators have an appointment to find the atmosphere of the live, in the pit of
l’Accor Arena in Paris, during a show coupled with a scientific study eagerly awaited by a sector hard hit by the Covid-19.

No distancing, but compulsory mask. And to respect the curfew still in effect at 9 pm, the free concert starts at tea time, with an electro first part provided from 5 pm by Etienne de Crécy, figure of the “french touch”, before the arrival of Nicola Sirkis and his band at 6 pm .

This experiment, already carried out elsewhere in Europe, had become a sea serpent in France, where it was postponed several times. It finally takes place against the backdrop of a clear improvement in the health situation, at the same time as the opening of vaccination for all adults.

First results expected at the end of June

The study must make it possible to demonstrate that if they are tested negative at Covid-19 upstream, the spectators run no more risk of infecting themselves at the concert than in normal times. The experiment, the first results of which are expected at the end of June, is only open to 18-45 year olds who do not present a risk of serious forms (obesity, hypertension) in the event of contamination.

Out of 20,000 volunteers, a group of 7,500 was selected after a first negative antigen test between Wednesday and Friday, in the Bercy arena, transformed for the occasion into a giant laboratory. Among them, 5,000 people will be able to dance on Your black eyes, while 2,500 volunteers, the “control” group, will have to stay at home. All participants are encouraged to take a saliva test on Saturday, then another seven days later. The number of positive cases will be compared in the two groups.

The experiment also aims to test the inclusion of the negative test in the application. TousAntiCovid, foreshadowing the health pass, which was adopted by Parliament this week. Finally, cameras must make it possible to measure throughout the concert whether the mask is still well worn, but not to target this or that spectator, assure the organizers.

Previous experiences, in Spain or the UK, have not shown a high risk of contamination. But the reassuring results of the first European test concert, held in Barcelona in December (500 people) are difficult to extrapolate, warned the researchers in their study published Friday, because of the “strict conditions” of its realization, while the virus circulated weakly.

A test expected at the turn

The stakes remain high for the entertainment sector, which sees the resumption in dotted lines, despite the green light since May 19 for seated concerts, with distancing. So far, standing festivals have been allowed this summer, but with a limit of one person per 4 m2. Many festivals have already thrown in the towel (Solidays, Eurockéennes), only rare events taking place, most often in a seated format and with a gauge like the
Francofolies, Printemps de Bourges and Vieilles Charrues).

A festival-goer for 4 m2, “that means dividing the gauge by 12. For a sector that lives off ticketing, it is untenable”, judges the general manager of the Syndicat du spectacle musical et de variety (Prodiss), Malika Séguineau, which supports the project with the AP-HP (Assistance publique-Hôpitaux de Paris) for the scientific component, with the support of the government.

One month from the regional, several politicians will make the trip, including the Minister of Health Olivier Véran, the president of the Ile-de-France region Valérie Pécresse and the mayor of Paris Anne Hidalgo. The Minister of Culture Roselyne Bachelot has planned to visit the device, without attending the concert.