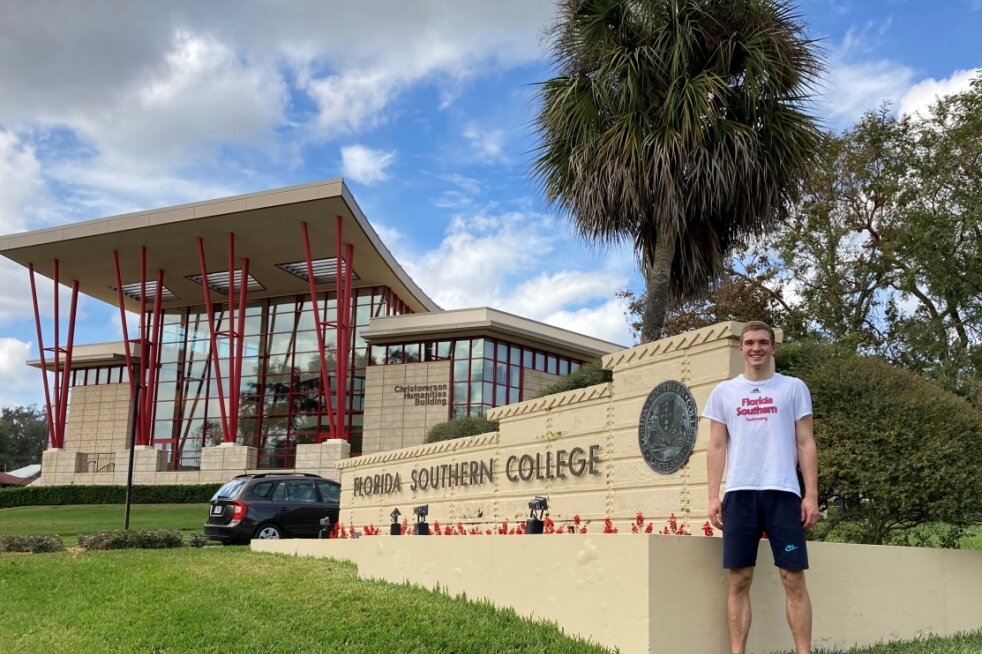 Ludwig Müller sees the weather as a great advantage. While the Vogtland is currently deeply snowed, the 19-year-old goes to the swimming pool every morning to train – in the open air. A look at the past few days shows that this is not a problem in Lakeland in Florida, around 60 kilometers east of Tampa. On Tuesday, values ​​of up to 30 degrees Celsius were predicted, and temperatures rarely fall below the 20 degree mark during the day. “In the end I had two colleges to choose from. The decision to go with Lakeland was not difficult for me,” says Müller, adding that the other option was south of the Appalachians. It is much colder at this time.

It was clear early on that the swimmer from SVV Plauen would be thousands of kilometers away from home after graduating from the sports high school in Leipzig. In February 2017, Ludwig Müller moved to the trade fair city. The associated sporting hopes were not fulfilled for the Plauener. “In the end there were a lot of things that didn’t fit. For example, the coaches changed several times, which not only made me dissatisfied. In the end, I never got to the level where competitive sport can really get going. Me there was also a lack of connection to the people who have something to say in the association, “says the 19-year-old. In the summer of 2019, he therefore started to worry about his future. Staying in Germany would have meant the end of your career. The Vogtlander was reluctant to stop swimming. It’s too much fun for him. His hope: a sports scholarship in the USA.

Bringing young talented athletes and colleges together in the USA – that is what numerous agencies have made it their business to do. One is the Scholarbook company. Ludwig Müller knew them because, among other things, they are on site at major competitions. “Of course they pay well for their work. But without their contacts to the trainers at the colleges it would be much more difficult to get a place. The agency sends out your profile and your wishes to numerous people. If you are interested, get in touch back “, describes Ludwig Müller the process. The 19-year-old didn’t have any great wishes about where to go in the USA. At Florida Southern College, the general conditions were right for the man from Plauen: The swimming team is at a good level, he can study computer science, and the costs, which the scholarship does not cover, are manageable. After the approval, the corona pandemic upset all plans. Does he get a visa? Is he even allowed to enter? It went back and forth for many weeks. At the end of August, Ludwig Müller finally flew to the USA.

The 19-year-old praises the conditions on site. Due to the corona restrictions, no competitions have yet been held. But every morning you go into the water, and strength training is on the program twice a week. “It’s already very different here than in Germany. The swimming training, for example, is shorter, but more intense. You can concentrate better on your technique. In Leipzig the workload was enormous. Due to the overload, the technique became unclean, and for me it came it leads to injuries, “says Müller. The Plauen man can hardly say what his current performance level is. The competition season should finally start, but his college has decided that swimmers are not allowed to travel. At least other teams are allowed to come to Lakeland: “According to our coach, there are some teams in the area who are in the same situation. But those whose universities allow competitions have shown understanding for our situation. They have at least once Showed willingness to come to us. We are all excited to see how it will turn out now. “

Regardless of the current difficulties, Ludwig Müller has already decided that he would like to spend the next few years in Florida. His bachelor’s degree takes four years, and he wants to complete that in Lakeland. “I have no reason to leave here. After all, I want to experience what it is like without Corona. I definitely want to use the chance to get to know the country better in the next few years,” emphasizes the 19-year-old.