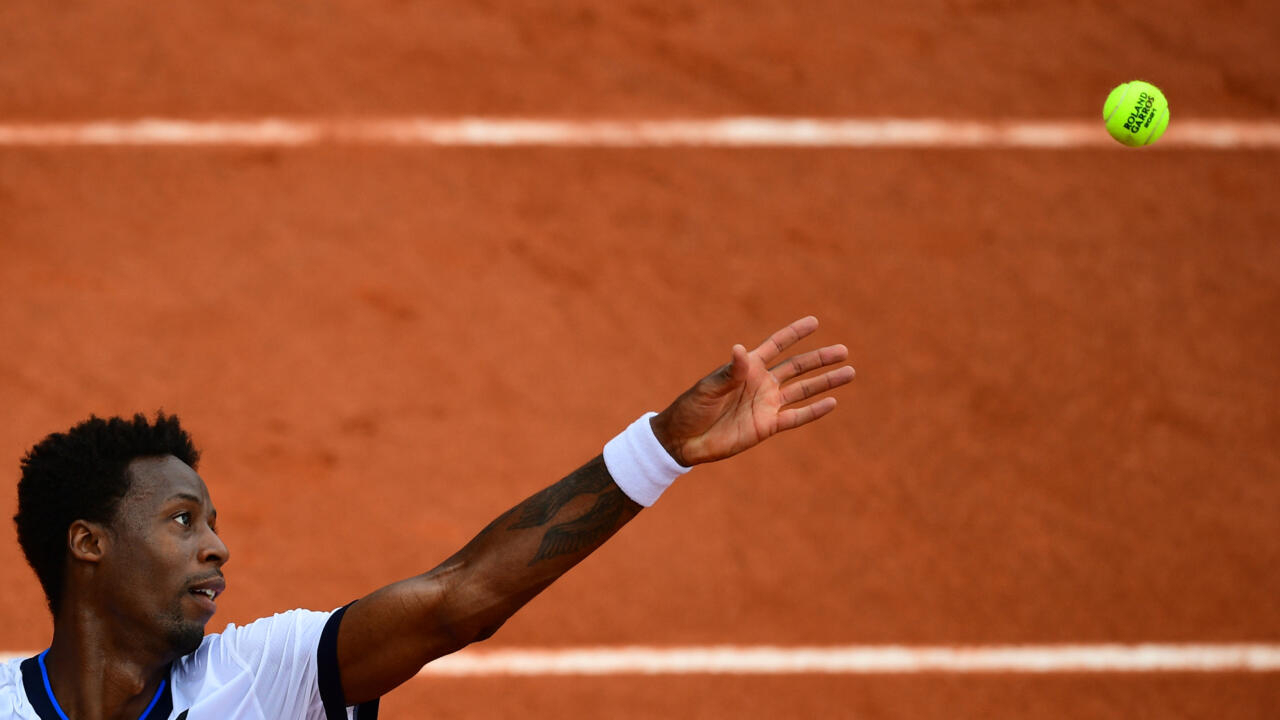 Paris (AFP) – With the package of its leader Gaël Monfils, French tennis, largely in poor shape and which is preparing for the retirements of Jo-Wilfried Tsonga and Gilles Simon, sees its best chance to shine in the 2022 edition of Roland-Garros, which opens on Sunday.

After the historic disaster of 2021, the tricolor ambitions this time died out even before the start of the tournament. When Gaël Monfils, French N.1 and 22nd player in the world, announced on Monday that he would not participate in the Parisian Grand Slam (May 22-June 5) due to discomfort in his right heel preventing him from moving on the short.

“I regret to announce my withdrawal from the Open Parc de Lyon (this week, editor’s note) and from Roland-Garros (from) next week. I have been embarrassed since Monte-Carlo by a calcaneal spur (growth bone) in the right heel which prevents me from moving on the court”, explains Monfils in a message posted on Twitter.

“I made the decision to make a small intervention in order to deal with the problem in order to be able to resume the tournaments as soon as possible”, he adds, without advancing a deadline for resumption.

In his absence, no French will likely be seeded in Paris. Less than once, the best placed, Ugo Humbert, 45th in the world on Monday, and Alizé Cornet, 40th, will remain out of the 32 places offering protection in each of their tables.

“La Monf'”, quarter-finalist of the Australian Open in January, represented the best French luck and by far enough.

Not that of succeeding Yannick Noah, the last player in the sacred country on the clay courts of Porte d’Auteuil in 1983. Rather the best hope to avoid reproducing the zero points in the third round of last year. When for the first time in the Open era, established in 1968, no French representative passed the second round.

A long fortnight is announced for the French public. At the twilight of the new Musketeers, including Jo-Wilfried Tsonga and Gilles Simon, both 37, having announced their next end of career, the new generation is struggling to rise to their past level.

“We did not take enough advantage of the period during which we had monsters in front,” said Pierre-Hugues Herbert on Monday, who fell in the first round of qualifying.

“Today, it’s not going very well in France, tennis. We’re going to need a reaction. A reaction from me too, I have to do much better,” he continues.

Suffering French tennis got a glimpse of life without Monfils just last week. In his absence in Rome, no French player entered the main draw of the Italian tournament. A first for more than fifty years.

The Parisian, 35 and the only Habs in the top 30, had made a convincing start to the season by winning in Adelaide, advancing to the quarter-finals of the Australian Open, then offering himself a prestigious victory against Daniil Medvedev, then world No.1, in Indian Wells in mid-March.

But when the clay-court season opened in April, he gave up playing in Monte Carlo and Barcelona, ​​already hampered by his foot. Then he gave up on Rome, citing the “persistence of a heel injury”.

Between the two, after “ten full days” off, he only played two matches in Madrid, where he was stopped dead by world No.1 Novak Djokovic (6-3, 6-2) in the second. round.

“Sorry for him but also happy for him (his wife, Elina Svitolina is pregnant, editor’s note)”: Tsonga recalled from the Lyon tournament that it was at Roland-Garros that Monfils “often expressed himself best in Grand Slam”.

With four round of 16, three quarters and a half Porte d’Auteuil, his regularity would be enough for the French public in 2022.