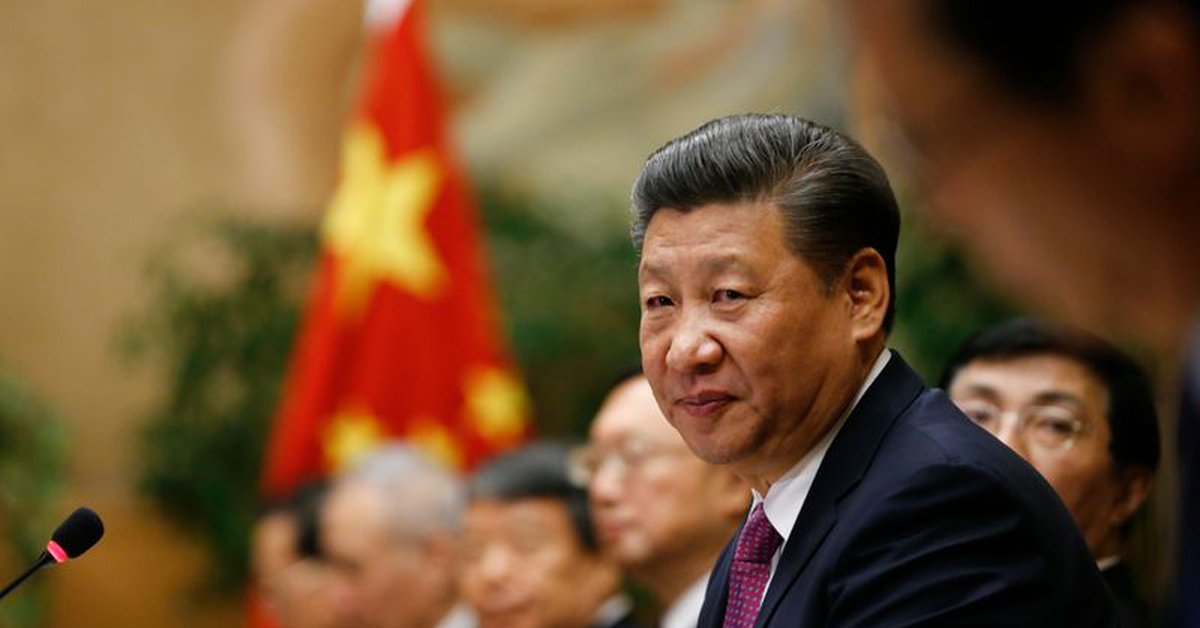 Arbitrary irony of fate. While Chinese citizens cannot freely express what they think about their rulers or even report new viruses emerging among the population, members of the party aristocracy indulge in other Western luxuries. This time it was the turn of the Ministry of Foreign Affairs of China, Lijian Zhao. Used your account Twitter -restricted social tool for the inhabitants of that great country- to direct a blow under the belt against Australia.

The diplomat wrote: “Shocked by the killing of Afghan civilians and prisoners by Australian soldiers. We strongly condemn such acts and ask that they be held accountable”. He was referring to the ongoing investigations that the government of Canberra urges on the aberrant abuses that would have been committed in Afghanistan. The measures adopted were drastic both within the Army and within the administration itself. Any violation of human rights will be condemned. Accompanying the legend of the tweet I had written, Lijian added a photomontage: a bloodthirsty uniformed man holding a knife over the neck of a child with a small lamb in his arms. Fake official. Australia called that diffusion “disgusting” and “false”.

Striking: Lijian did not publish anything on their networks about the “reeducation” camps where minorities are subjected in Xinjiang. 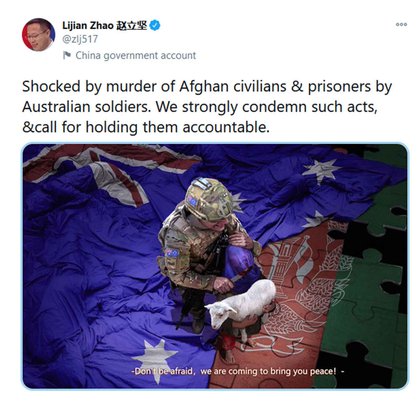 The photomontage published by the spokesman of the Ministry of Foreign Affairs of China, Lijian Zhao (Twitter)

The spokesperson for Beijing applied the manual of the new diplomacy exercised over the world by the regime commanded by Xi Jinping. This handling of foreign affairs is known as Wolf Warrior Diplomacy, in honor of a saga of action films in which it is shown how an all-powerful soldier fights against the injustices to which his country is subjected. A basic nationalism sustained in millionaire blockbusters. His promotional caption: “Anyone who insults China must be exterminated”. The strategy is to disproportionately hit every criticism of the central government.

This particular and aggressive policy was intensified by the questions that rained down from all over the world about the handling that the Chinese health authorities made of the emergence of the novel coronavirus Sars-CoV-2, in the last quarter of 2019. Not only was the virus not contained in its initial stage, but those doctors from Wuhan -epicenter of the outbreak- who wanted to raise their voices to warn about their high level of contagion were repressed and gagged-even today they are-, which led to a chain of silence and complicity that ended with a belated warning to the World Health Organization (WHO). Until now, COVID-19 killed 1,460,437 people worldwide, according to the statistics published Johns Hopkins University of Medicine.

Beijing he sees ghosts whom he tries to exorcise with diplomatic onslaught. Even though these were through Twitter, the social network that no Chinese can use due to the strict control of conscience and technology applied by the regime. The Chinese Communist Party (PCC) considers that there are hostile external powers that surround him on all sides and that they conspire behind his back. That is why he appeals to the nationalist guts to victimize himself. “The system they are defending is a one-party state that seeks the repression of criticism both inside and outside the country”, Remarked in an article last June the newspaper Financial Times.

The Australian government – led by the Prime Minister Scott Morrison– is one of the biggest critics of the way Xi Jinping administered the coronavirus crisis. He asked for something simple from the start: an independent investigation to guarantee what happened in the last days of December 2019. It was last April 19. From then on, the bullying Chinese diplomat was constant and threats to cut trade recurring. That system of extortion? it is used not only with Australia. It is even more visible in countries more dependent on their coffers. Beijing conditions other actors to stop the flow of contracts if they do not comply with their wishes.

Behind the fury with Canberra lies another strategic issue that PCC will not be able to get in Oceania: leave in the hands of Huawei o de ZTE -the two largest Chinese telecommunications companies-, the laying of the 5G network. Australia Y New Zealand they believe that such technology in the hands of an undemocratic regime represents a danger to their security. They are right: a member of the single party would have access to information of all kinds simply by requesting it. Chinese law requires it, which makes both companies a parastatal gray..

This philosophy of conditioning investment and trade to rescue deteriorating economies is increasingly palpable in Latin America. Suffered it Brazil last week. The pressures on the needy subcontinent are daily. They range from the 5G even the dredging of rivers; from ports to nuclear power plants; electric companies a grant of sovereignty to observe stars. To gain control of these strategic sectors of the economy, China It would have the ability to cause blackouts in entire regions or blind the captains of ships who want to transit its artificial channels. You could do it remotely – with a simple button actuated in Beijing.

Wolf Warrior, the policy that China seeks to impose on the world and its desire on Latin America after the coronavirus