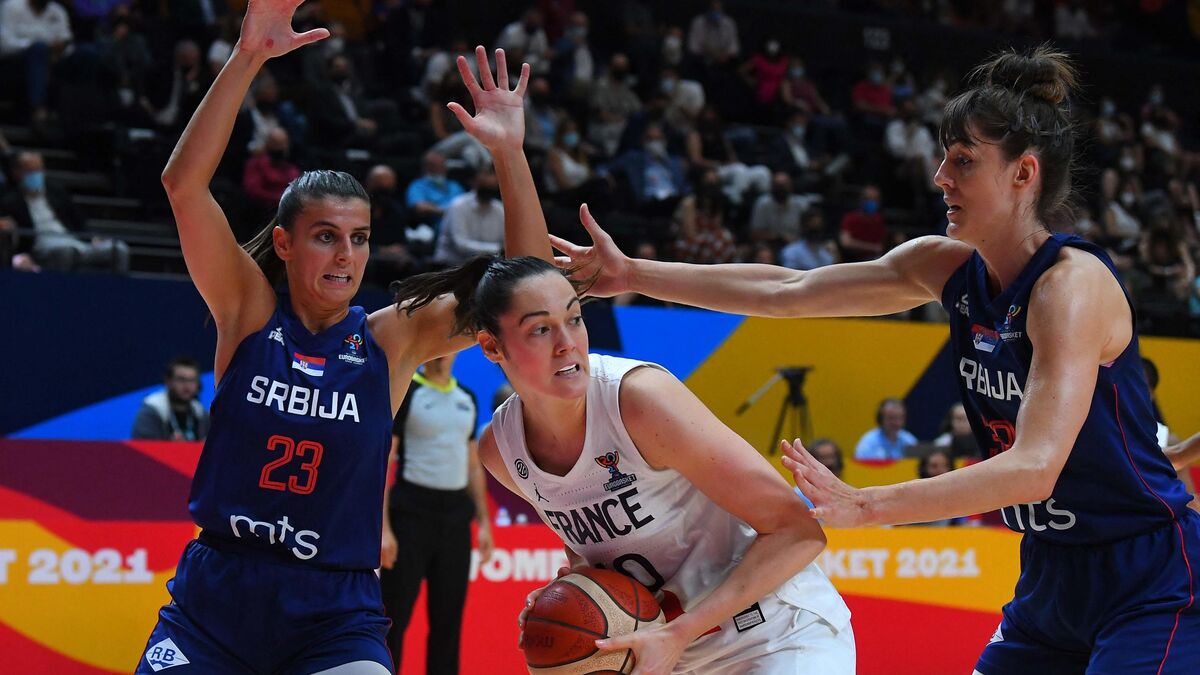 We will still have to wait. Untenable, irresistible, and undefeated so far, with an average gap of more than 20 points against his opponents, all scattered like a puzzle in the four corners of Strasbourg (for the first round and the quarter) or in Valence (for the half -final), France fell on a bone this Sunday. At the worst moment, in the final. As in the last four editions of the Euro.

Despite a group at the top of its game, the players of Valérie Garnier lost (63-54) against Serbia, in the final match of the continental tournament. An opponent who had already deprived them of the gold medal at Euro 2015, then of the bronze at the Olympic Games in Rio in 2016. Despite the disappointment of seeing the gold medal fly away – again – at the last moment, the Blue have confirmed that they are part of the great nations of world basketball. The fruit of a long work carried out by the Federation and the clubs for years to develop women’s basketball. We will have to count on them in a month at the Tokyo Games.

Basketball isn’t just about spectacular NBA dunks. In France, it is even more and more feminine. Second team sport in France with 710,970 members before the health crisis, basketball is officially the first in terms of female participants in France. Last year, around 35% of licensees at the French Basketball Federation were women. A trend which is increasing year after year and which is even more obvious in the youth categories.

“We have the breeding ground and the talent, but it is above all thanks to the work of the Federation and the clubs,” said Edwige Lawson-Wade, European champion in 2001 and former sports director of Lattes-Montpellier. We have excellent trainers and coaches in France. If 10 of the 12 internationals are currently playing in France, it is no coincidence. “” We must congratulate the hard work of Jean-Pierre Siutat (Editor’s note: president of the Federation since 2010), continues Isabelle Yacoubou, 147 capes between 2007 and 2016. With him, there has been a revaluation of the female sector, girls train like boys at the federal center, we are put in the best arrangements to prepare for events. The young people are regularly integrated into the France team, which makes it possible not to have a generation gap. »Selection of the Bleues since 2013, Valérie Garnier is the guardian of the state of mind.

“All the players are complementary”

The course of this Euro confirmed that the partners of Marine Johannes were at the top of their game. Rarely has a French team accumulated so many talents. “The players off the bench could also be in the major five,” said Edwige Lawson-Wade. All the players are complementary, all have different profiles. The danger comes from everywhere. “A clever combination between” the enthusiasm of young people and the experience of old women “, analyzes Ivano Ballarini.

“There is a fourteen-year gap between Iliana Rupert (20 years on July 17) and Sandrine Gruda (34 years since Friday), continues the sports director of the Blue. There are three generations in the group, but this mixture is an opportunity, a strength. They get along very well, they sing all the time (laughs). The arrival of the former Braqueuse Céline Dumerc as general manager of the France team also allows the transition between the generations.

Even if the United States, opponents from the group stage of the Games, still seem unplayable, the Blue can legitimately seek an Olympic medal, nine years after the money brought back by the London Robbers. “When we see the roster (Editor’s note: the workforce) and the depth of the bench, it is a team that can aspire to a medal and why not beat the United States, in a match anything is possible, ”enthuses Yacoubou, who has commented on the matches on Canal + since the start of the Euro.