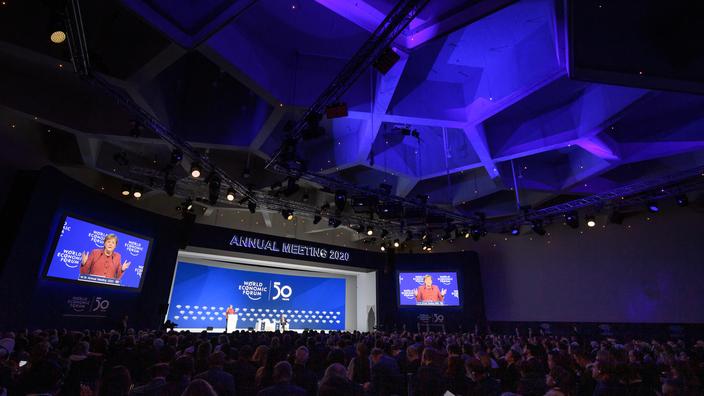 After its cancellation last January due to the pandemic, the annual meeting will be held in Switzerland from January 17 to 21, 2022.

The World Economic Forum (WEF), which had to give up bringing together political and economic leaders this year in January in Davos (Switzerland) because of the Covid-19, announced Thursday that it intended to return there as early as 2022.

In a statement, the WEF said that the annual meeting will be held from January 17 to 21 in the famous Swiss ski resort around the theme “Work together, restore confidence».

The return of “high mass” economic

«Key leaders from business, government and civil society will meet in person to address the economic, environmental, political and social loopholes exacerbated by the pandemic», Specified the organizers. The WEF pointed out that the pandemic had exacerbated the fractures in society.

«The pandemic has brought about profound changes. In a world full of uncertainties and tensions, interpersonal dialogue is more important than everThe founder and executive chairman of the World Economic Forum, Klaus Schwab, said in the statement. Thousands of people flock to Davos every year at the end of January for the high mass of the world’s economic and political decision-makers.

Read alsoWill French growth be the strongest in Europe this year?

The WEF indicates that it is working in close collaboration with the Swiss authorities and health organizations in order to put in place, for the annual meeting, appropriate measures adapted to the health context.