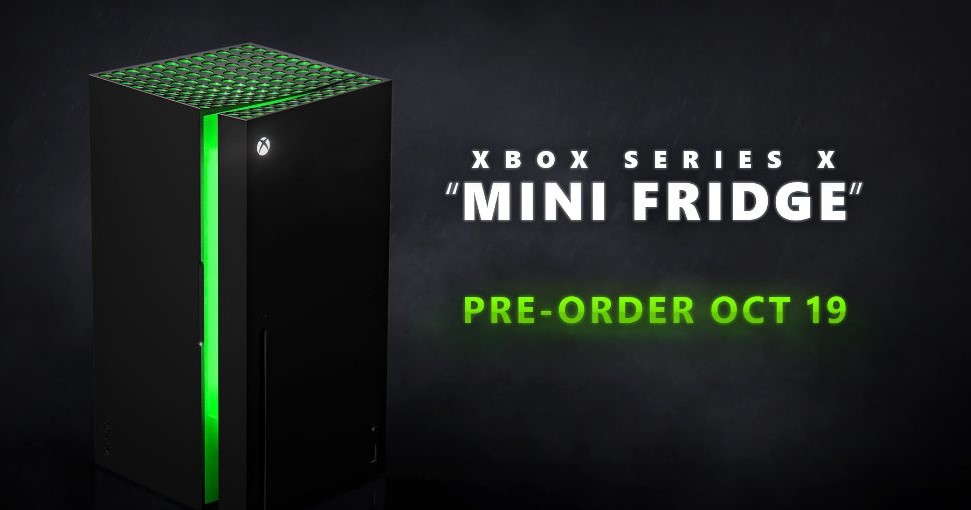 It was confirmed earlier that it will be launched at the end of the year Xbox Series X mini refrigerator, Now finally announcedSale information. Microsoft has officially announced that it will pre-sell this product from October 19th. The price is US$100 (approximately HK$780 / NT$2,810). The estimated delivery time is December. This refrigerator was originally derived from a joke based on the shape of the Xbox Series X. I did not expect that Microsoft would actually make a 6-foot real machine during the promotion process. After that, the voices of players wanting the commercial version became higher and higher, so the official finally made such a mini refrigerator.

Specifically, this product is made by Ukonic!, equipped with LED lighting, 12 cans of beverages and some snacks can be stored inside. The package contains a DC charger, and there is a USB port on the device, which can be used to charge the Xbox handle if you want. The Xbox Series X mini-refrigerators will initially be sold in the United States, Canada, the United Kingdom, France, Germany, Italy, Ireland, Spain, the Netherlands and Poland, and more markets may be launched next year.