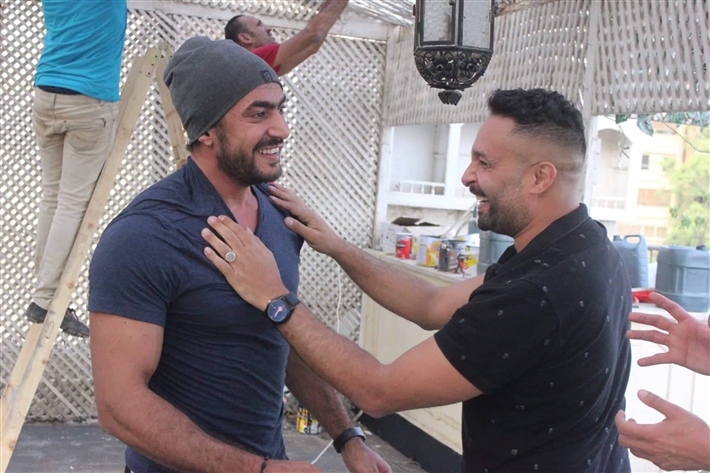 The artist Wael Abdel Aziz recalled his memories with the artist Ahmed Al-Awadi, the husband of his sister, the artist, Yasmine Abdel Aziz.

And Wael Abdel Aziz published a large number of photos during the filming of the events of the series “Lakher Nafs”, in which he participated, accompanied by Ahmed Al-Awadi and Yasmine Abdel Aziz, and it was shown in Ramadan 2019, and he commented on the photos, saying: “These are scenes of the last breath and the intention is pure.”

The battle is still going on between Yasmine Abdel Aziz and her brother Wael, because of her marriage to Ahmed Al-Awadi, and since then there are severe problems and exchanges through social networking sites between Al-Awadi and Wael, the last of which was due to a poster for the series “The One Who Doesn’t Go Big” that came to ignite the war again after the appearance of “Yasmine”. In the poster without “Al-Awadi”, Wael Abdel Aziz took advantage of this and commented: “I told you, I don’t have a great deal of talking.”

Al-Awadi intervened and replied to him, saying: “This is our system.. Every single day, the second one from the ovaries, the next poster will remain empty without us, we are our elders, our Lord, who is not great Ghazal and the Khedive, the success of fighting and burning.”

It is noteworthy that the series “Elly Malush Kabir” starring Yasmine Abdel Aziz and Ahmed Al-Awadi, in the first cooperation between them after marriage, and Mohamed Abdel-Azim, Badria Tolba, Dina Fouad and others, and it was written by Amr Mahmoud Yassin, directed by Mostafa Fekry.