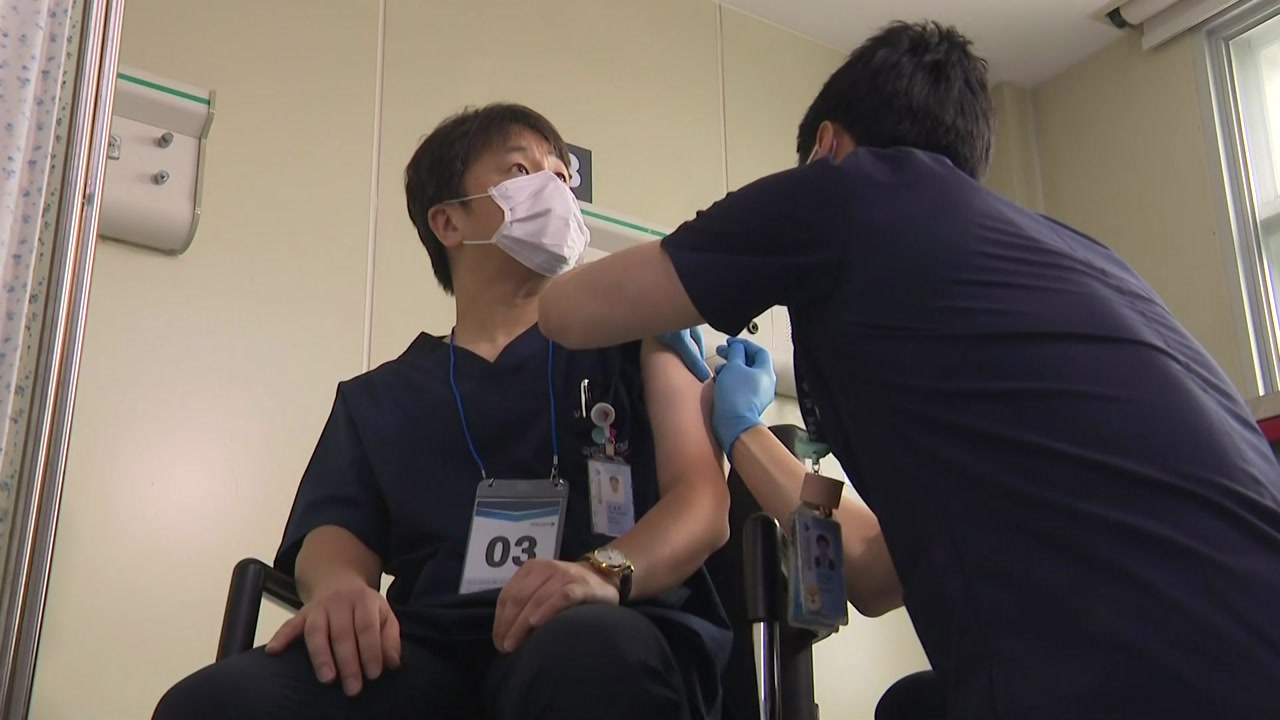 While monkey pox has also been introduced into Korea, medical staff who need to treat monkey pox patients have received the second-generation smallpox vaccine.

The government is planning to bring in a third-generation vaccine next month instead of this vaccine, which is difficult to inoculate and concerns about side effects.

Drain the liquid solvent with a syringe, pour into the powdered vaccine bottle and mix well.

Instead of a syringe, a ‘branching needle’ that looks like a very small fork.

Apply the vaccine and puncture one area under the shoulder 15 times.

Since it is a method of making antibodies by making a wound on the skin, blisters are formed after the inoculation, but you need to take good care of it so that the body fluid does not leak out.

Aside from the inconvenience, you need to be very careful as you can spread the disease to others before the scab sits down and falls off.

20 medical staff who received the second-generation smallpox vaccine on the first day volunteered.

The second-generation vaccine is for bioterrorism, so the quantity is sufficient, but the inoculation is difficult and the side effects such as myocarditis and encephalitis are not uncommon.

Instead, they are rushing to introduce a third-generation vaccine.

It is more convenient because it is a method that is given 2 times with regular subcutaneous injections 4 weeks apart.

There are no serious adverse reactions, and if a person who has been in contact with a confirmed person gets hit, the symptoms are suppressed, which has the effect of blocking the spread.

The government, which has decided to deliver 500 doses of ‘Tecovirimat’ for monkey pox treatment next month, is discussing with manufacturers with the goal of introducing a third-generation vaccine next month.

This is YTN Ki Jeong-hoon.

Anyone in need can pick up a condom for free; a cafe aimed at safer sex

Sex on the first date? Faye Montana chats out of the box