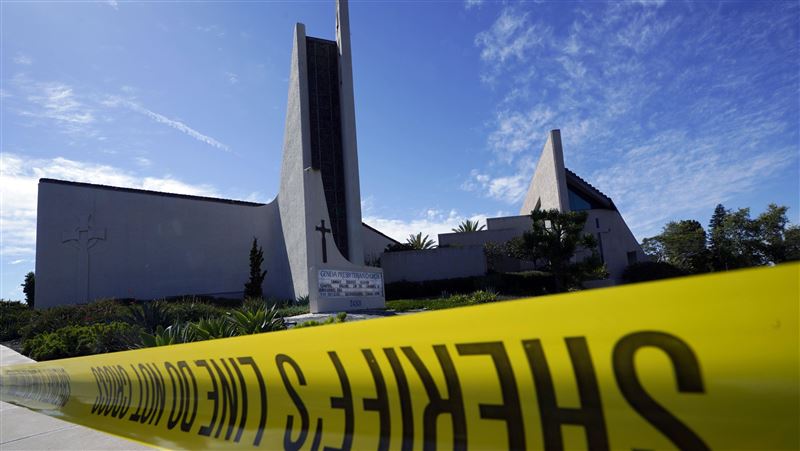 On the 15th, a church in Southern California, USA, had a shooting involving Taiwanese citizens near a local retirement community. The Los Angeles office pointed out that one person died on the spot, and four of the five injured were seriously injured, all of whom were Taiwanese nationals.

A shooting at a church in Southern California. (Photo / Associated Press / Dazhi Image)

Lin Huicheng, deputy director of the Los Angeles office, told the Central News Agency in a telephone interview that the Southern California police were notified of a shooting at about 1:26 p.m. on the 15th. A Chinese-American gunman in his 60s opened fire on a group of believers who were active in a church in Taiwan. , 1 person died on the spot, 4 others were seriously injured and 1 was slightly injured. After the incident, the injured were sent to 3 local hospitals.

The shooting took place at the Geneva Presbyterian Church (Geneva Presbyterian Church) in Laguna Woods, a town in Orange County, California, near a retirement community. The Los Angeles office expressed condolences to the family members on behalf of the government and the Ministry of Foreign Affairs for the first time. , through Taiwan doctors, local overseas Chinese, and emergency rescue associations to provide translation and necessary assistance to the hospital.

Orange County police held a news conference after the incident and said they had arrested and detained a suspect and found a weapon related to the shooting. Deputy Sheriff Jeff Hallock said the church members acted heroically at the time of the shooting, and if they hadn’t responded quickly, there would have been more casualties. Police announced that five people were injured by the gunshots, including 66-year-old, 92-year-old, 82-year-old and 75-year-old Taiwanese men, and an 86-year-old woman.

Hailock mentioned that there were 30 to 40 people gathering in the church. At the time of the incident, one of them tied the gunman with an extension cord and confiscated the weapon. The police found two pistols at the scene.

The Los Angeles Times reported that police identified the suspect as a 68-year-old Asian man from Las Vegas who was likely not a local. Details including the names of the suspect, the deceased and the injured are still pending police release.

They asked Ghada Nafeh about the reason for her screaming on the night of the wedding, and her husband brought her home? .. She answered without shame and shocked everyone boldly.! !