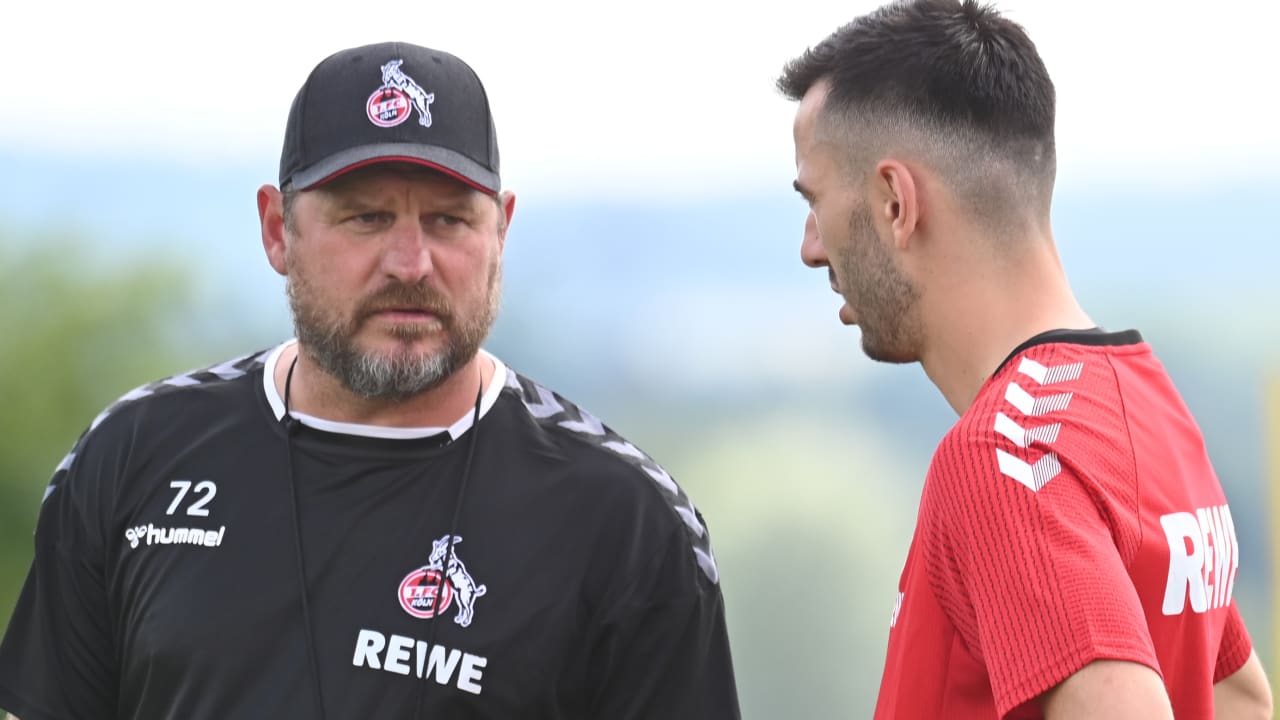 Cologne’s latest signing is causing most of the discussion and speculation ahead of the European season.

Sargis Adamyan (29) is not only the fifth striker in the training camp in Donaueschingen. It also came almost at the same time as Modeste’s transfer threat and is considered at least by the bosses as a safeguard in the event of a Modeste change.

But not for Baumgart…

Tony’s helper instead of Modeste’s replacement – that’s how Baumgart plans with Adamyan!

“I still assume Tony will stay. And I would like Sargis to play alongside him or one of the others as a very good second striker, because it’s clear that we play with two or three strikers and want to have a strong offensive on the pitch,” says Baumgart.

The reason: Cologne’s coach wants even more spectacle. Even more chances to score. Even more hits. Baumgart’s simple calculation: “If Tony scores maybe 15 goals this season, and the others behind or around him all eight or nine, then we’ll end up with at least 12 more goals overall.”

As long as Modeste actually stays, Baumgart knows: “We now have a very, very good quality offensively across the board and are therefore excellently positioned for the upcoming competitions.”

However, Adamyan – who even turned down other league offers for FC – has to get fit before then. “He still has to be trained,” says Baumgart. Adamyan is also curbing expectations. “I was still with the national team and just got back from vacation. Accordingly, I still have some catching up to do.”

► The Armenian should therefore not be used in the training camp test matches against Austria Lustenau and Grashoppers Zurich. “We want him to be able to play for the first time next week,” explains Baumgart.

Cologne’s hammer test against AC Milan (July 16) will be the premiere for Baumgart’s new dream pair Modeste and Adamyan.

Gerard Hammered and Shakira | Gerard Piqué and his inseparable “special friend”: the details of the romantic trip they made to Dubai | Shakira’s children | NMRI EMCC | SHOWS