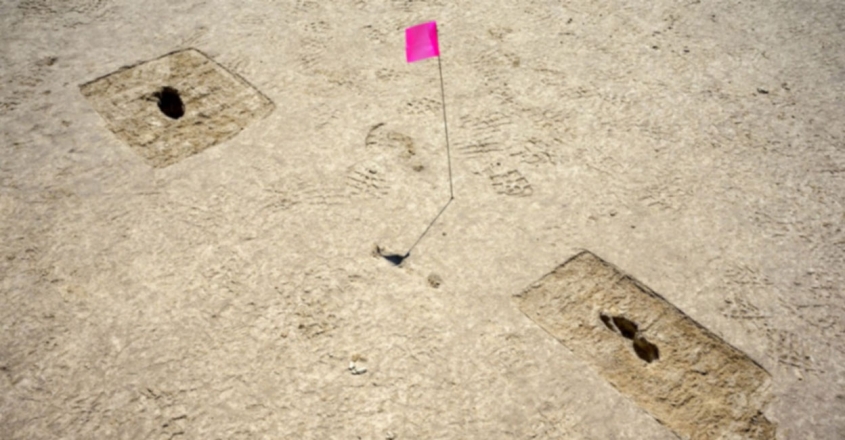 The scientific world is in awe of twelve thousand year old footprints found in the desert. Researchers found 88 footprints in Utah, USA. The crucial discovery came from land owned by the US Air Force Testing and Training Range.

The researchers concluded that these footprints are from the last Ice Age on Earth. While driving to an archaeological site, Thormus Urban and his friend Darron Duke noticed footprints in the sand.

The researchers hope that these footprints will help in the study of the families of that time. Scientists estimate that the footprints left in the area were safe only because there had been no floods or adverse weather conditions for thousands of years.