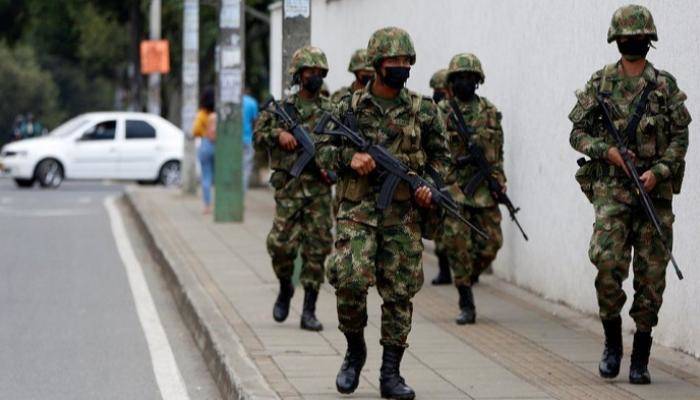 Bogota – AFP
The Republic’s mediator for human rights in Colombia reported that the country witnessed the killing of 145 community leaders and human rights activists in 2021, which was marked by the outbreak of anti-government protests that were brutally suppressed by security forces. And the mediator of the Republic, Carlos Camargo, pointed out that the number of deaths last year was lower than it was in 2020, when 182 activists were killed.
The 2021 victims are divided into 32 representatives of indigenous groups, 16 defenders of rural or agricultural communities and seven trade unionists.
The statement said: We renounce these acts, which are mainly related to the criminal acts of illegal armed groups, without identifying these alleged perpetrators.
Colombia is experiencing a stage of peace after the government signed a formal peace agreement with the Revolutionary Armed Forces of Colombia (FARC) rebels in 2016 that ended a conflict that lasted more than half a century.
But violence has re-escalated in recent months due to the dispute over land and resources by the renegade FARC fighters, the rebel National Liberation Army (ELN) and drug gangs. The areas that recorded the highest number of deaths last year are the same ones that saw a struggle over thousands of hectares of drug crops or illegal mines.
Colombia is one of the most dangerous countries in the world for activists, according to Global Witness, especially environmentalists, with 65 people killed in 2020.
The government of President Ivan Duque accuses drug dealers of being behind the murders in the country, which is the world’s largest cocaine producer.
In May last year, anti-government protests turned violent, after police and soldiers brutally cracked down on them.
More than 60 people have been killed in weeks of clashes, and these repressions have been condemned by the United Nations, the United States, the European Union and rights groups.

Shocked. A 59-year-old uncle is sick in bed. He has been vaccinated with 2 injections. He’s back to walking normally.