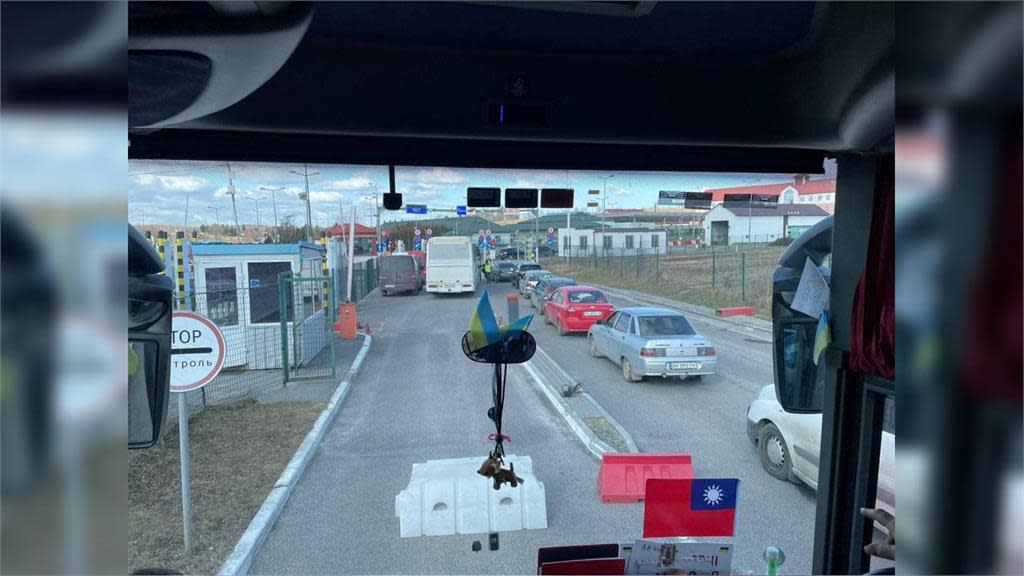 The Ministry of Foreign Affairs stated that the Chinese representative office in Russia arranged a special car at 10:00 pm Taipei time on the 24th to assist 13 Chinese nationals stranded in the capital Kiev to set off for the western part of Ukraine, and pick up and transport another 5 Chinese nationals on the way. The road from Kiev to western Ukraine was severely blocked due to the large-scale evacuation. The evacuation car took about 46 hours. With the joint efforts of the representative office in Russia, the Kyiv Taiwan Trade Center of the Foreign Trade Association and the representative office in Poland, at Taipei time This (26) evening passed through the border checkpoint between Ukraine and Poland at 8:00 p.m., and entered Poland safely and smoothly.

The Ministry of Foreign Affairs stated that the representative office in Poland arranged a special vehicle for the evacuation of overseas Chinese to continue to Lublin, a large city in eastern Poland, for a short rest; after that, it will be up to the Chinese to return to the country or go to other safe areas at their own discretion.

The Ministry of Foreign Affairs pointed out that the representative office in Russia has continuously contacted 19 Chinese citizens who are still in Kiev and other parts of Ukraine through social media groups, and actively persuaded and suggested to leave the area of ​​military conflict as soon as possible. The people have taken the train or will go to Lviv in western Ukraine by land and leave the country; 2 international students in eastern Ukraine are expected to leave the place on tomorrow (27); the other 2 are in Kiev, 2 in southern Ukraine.

The Ministry of Foreign Affairs stated that the representative office in Russia and the staff of the Taiwan Trade Center who stayed in Lviv have kept in touch with them, and will assist in the evacuation and provide necessary information at any time while respecting the independent decisions and needs of the Chinese people.

More TV news reports
Russia accuses Ukraine of refusing to negotiate Ukraine refuted: Russia is trying to push negotiations to a dead end
If the Russian army encounters a deadlock, British media: Putin may drop the “father of bombs” with a power of about 44 tons of TNT explosives
Kiev mayor orders those who take to the streets during extended curfew to be considered enemies

A teacher suffering from lust leads her to sleep with her beautiful student and gets pregnant after losing her virginity.. You won’t believe how this happened!