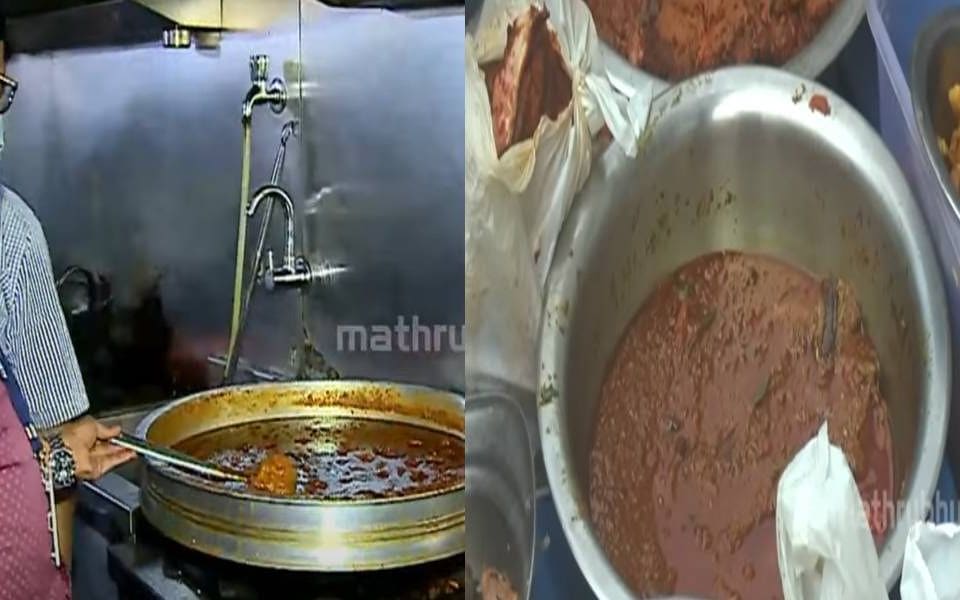 The inspection was carried out at hotels along the National Highway in Kochi Marad. Food items about a month old were seized from some places. It was also found that food was cooked in unhygienic conditions in some hotels.

Four unlicensed hotels in Thodupuzha, Idukki have been closed. Ten kilograms of old fish was caught from a small boat.

Palakkad Koppam Hotel closed due to unhygienic conditions. Kasargod also caught 200 kg of stale fish. The fish, which was brought for sale from Tamil Nadu, was seized and destroyed by the authorities.

This is the sixth consecutive day that the Food Safety Department has been inspecting hotels and fish and meat markets in the state. During the inspections conducted in the last few days, action was taken against various institutions.