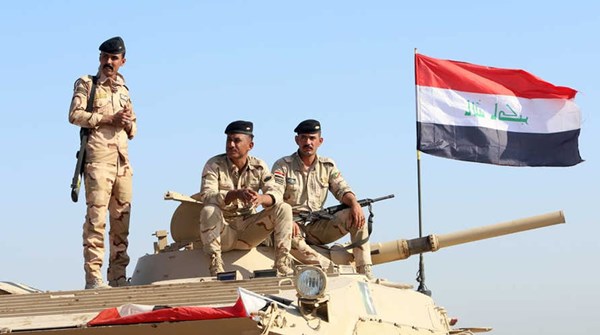 An Iraqi government source reported yesterday that three soldiers were killed during an attack by the terrorist organization “ISIS” in the Al-Rutba district of Anbar province.
Imad Mishaal, the mayor of Al-Rutba, said that “ISIS elements launched an attack with medium and light weapons on a security point near Al-Taba’a area of ​​Al-Rutba district, far west of Anbar. Tribal Mobilization Forces.
Meshaal added that the attack also resulted in two members of the army being seriously wounded, and they were transferred to Al-Rutba General Hospital, noting that the clashes resulted in the death of an ISIS member.
This attack came less than 4 days after an explosive device exploded on the eve of Eid al-Adha in the “Al-Waheilat” market in the crowded Sadr City, east of the Iraqi capital, Baghdad, killing at least 36 people, and wounding about 62 others.
Meanwhile, the Security Media Cell announced yesterday the arrest of the most prominent terrorist in the so-called “South Province” in the terrorist organization ISIS.
A statement by the cell stated that “the Directorate of Military Intelligence managed to arrest the most prominent terrorists of the Southern Province, south of Baghdad,” according to what was reported by the Iraqi News Agency, “Ana”.