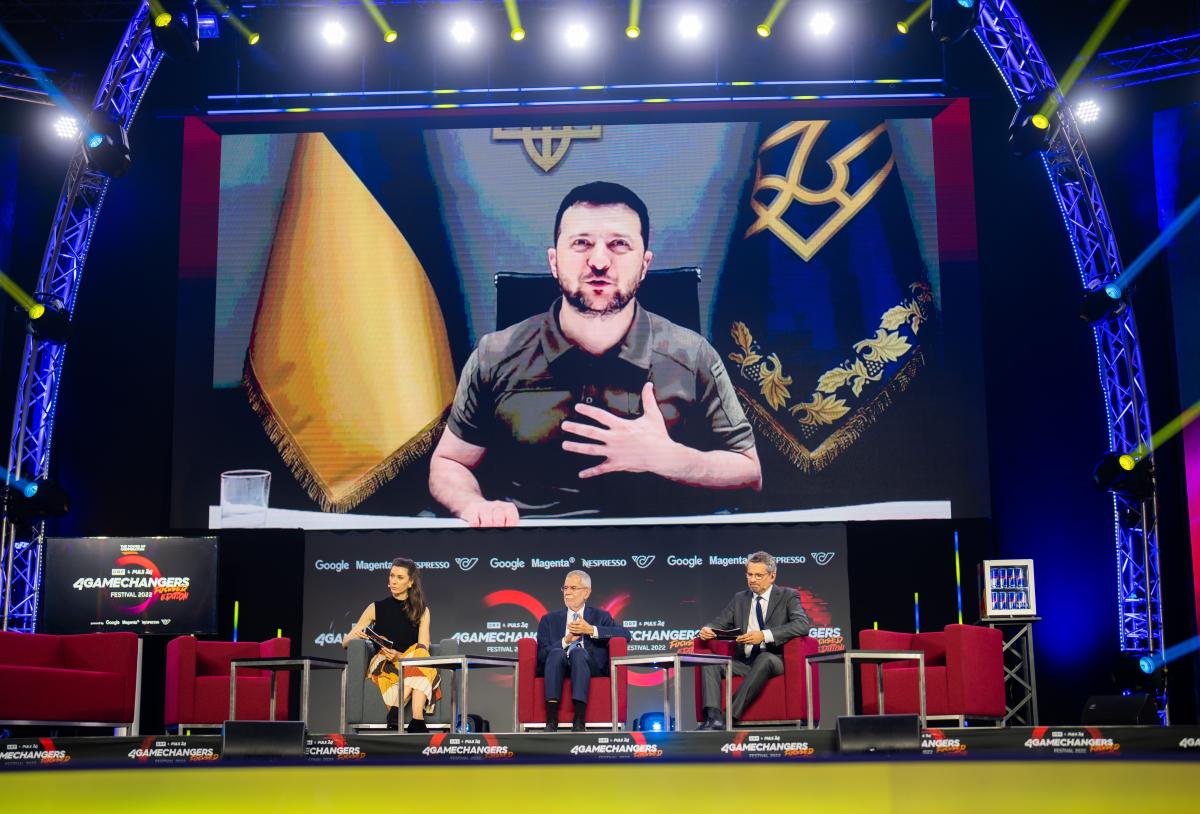 The speech by the Ukrainian President Volodymyr Zelenskyi not only delighted the audience in the Marx Hall. Users are also enthusiastic and interested on the Internet.

Zelenskyi also shared a video of his speech on his numerous social media profiles. On its “main platform” Telegram the clip has now been clicked 511,600 times.

on Instagram the video was able to collect around 79,100 likes or heart reactions in the last few days. And also on the other social media platform of the meta parent company, Facebook, hundreds of user comments and reactions were submitted. Almost 600 people also shared the video with their friends on Facebook.

As part of the 4GAMECHANGERS Festival, Ukrainian President Volodymyr Zelenskyj spoke live in Austria for the first time on Thursday. He stressed the importance of the media in the Ukraine war and called for further help from Austria. Van der Bellen then explained that Ukraine is also defending our freedom.

You can watch the whole speech here: