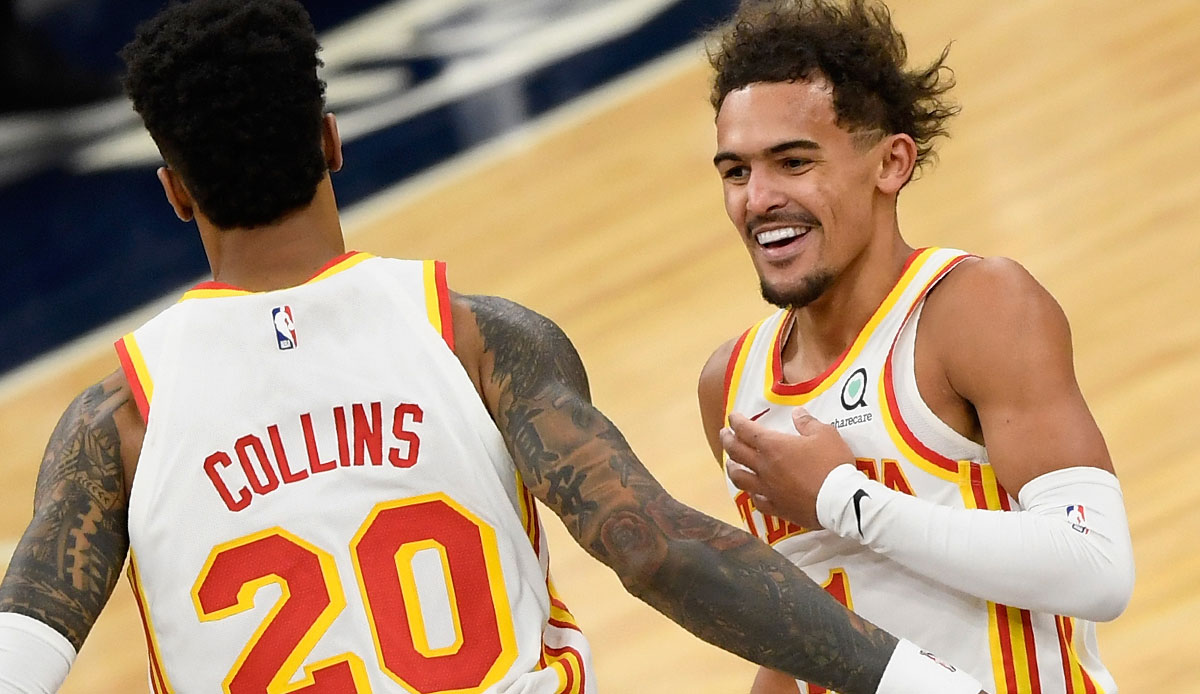 The Atlanta Hawks ended up missing two wins to reach the finals for the first time. Trae Young blossomed into a superstar in these playoffs, while other youngsters proved themselves at the highest level. Nevertheless, tricky tasks await the Hawks in the coming years, one of which is already scheduled for this summer.

How do you rate the Hawks’ season?

Even the boldest optimist would never have guessed that after three years in tank mode, the Hawks would immediately win two rounds of the playoffs. Reaching the postseason was a must with a completely renewed squad, this was clearly formulated by the group of owners around the ambitious Tony Ressler before the season. In a roundabout way, these expectations were clearly exceeded.

Ex-coach Lloyd Pierce failed to form a team, and rumor has it that his relationship with Trae Young has been a problem for years. It took an experienced coach in Nate McMillan to bring the ragtag team into line and finish the regular season 27-11.

McMillan managed the balancing act of letting Young develop on the one hand, but also involving all the other players and establishing a respectable defense on the other. No team in the East has won more games than Atlanta since McMillan took over.

The mix is ​​right now. Bogdan Bogdanovic, Danilo Gallinari and Lou Williams were good additions, with another promising newcomer in Kris Dunn missing most of the year.

And yet the Hawks won two series as an away team, including Game 7 at the top seed Philadelphia 76ers. From Hawks’ point of view, it’s more than upsetting that Young unluckily injured his ankle in Game 3 against the Bucks, so it’s still a “what if…” scenario. Either way, the Hawks are relevant again, young, exciting, and somewhat ahead of schedule.

The core has been found, questions have been answered. Now it’s up to the Hawks’ management to further optimize and balance the squad. Step one should be McMillan, who continued to be the interim coach in the playoffs. In the coming weeks there will be talks about a promotion to head coach. It can be assumed that “Mr. Sonic” will remain with the Hawks.

McDonald’s launches a new Sundae with a… weird taste!