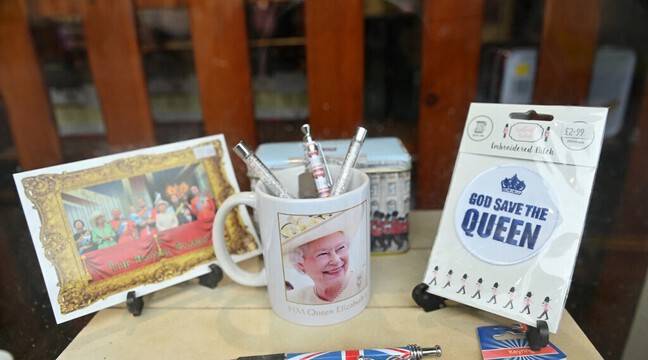 A diplomatic reception scheduled for next Wednesday with Queen Elizabeth II, who tested positive for Covid-19 last Sunday, has been canceled on the “notice” of the government, Buckingham Palace announced on Saturday, in the context of a Russian invasion in Ukraine.

The head of diplomacy Liz Truss plans in the coming days a series of trips abroad, in Europe and the United States, the dates of which have not yet been specified. Asked by AFP, the Foreign Office did not respond immediately.

Because of the war in Ukraine?

“The Queen has accepted the advice of the Foreign Secretary that the diplomatic reception scheduled for Windsor on Wednesday March 2 should be postponed,” the palace said in a brief statement.

No reason was given for this decision, while the 95-year-old sovereign canceled several engagements this week because she was suffering from “mild” symptoms of Covid-19 and the diplomatic services are very busy with the Russian invasion in Ukraine. . A British diplomatic source, however, cited the situation in Ukraine as the main reason.

Soon the jubilee of his 70 years of reign

Elisabeth II, who passed the milestone of 70 years of reign on February 6, tested positive for Covid on Sunday. She had met her son Prince Charles on February 8, who tested positive two days later. The palace then indicated that she was suffering from “mild symptoms similar to those of a cold”.

She has since canceled at the last moment several hearings that she was to hold by videoconference on Tuesday and Thursday. On Wednesday, however, she held her weekly telephone audience with Prime Minister Boris Johnson.

Since a night spent in the hospital in October, the appearances of the sovereign had become rare. But the palace had recently announced a resumption of its public activities, including a ceremony on March 29 at Westminster Abbey in memory of Prince Philip, her husband who died last year. Four days of festivities are planned in June to celebrate the Queen’s Platinum Jubilee, marking her 70 years of reign.

Lodi keeps Atlético in the fight for the Champions