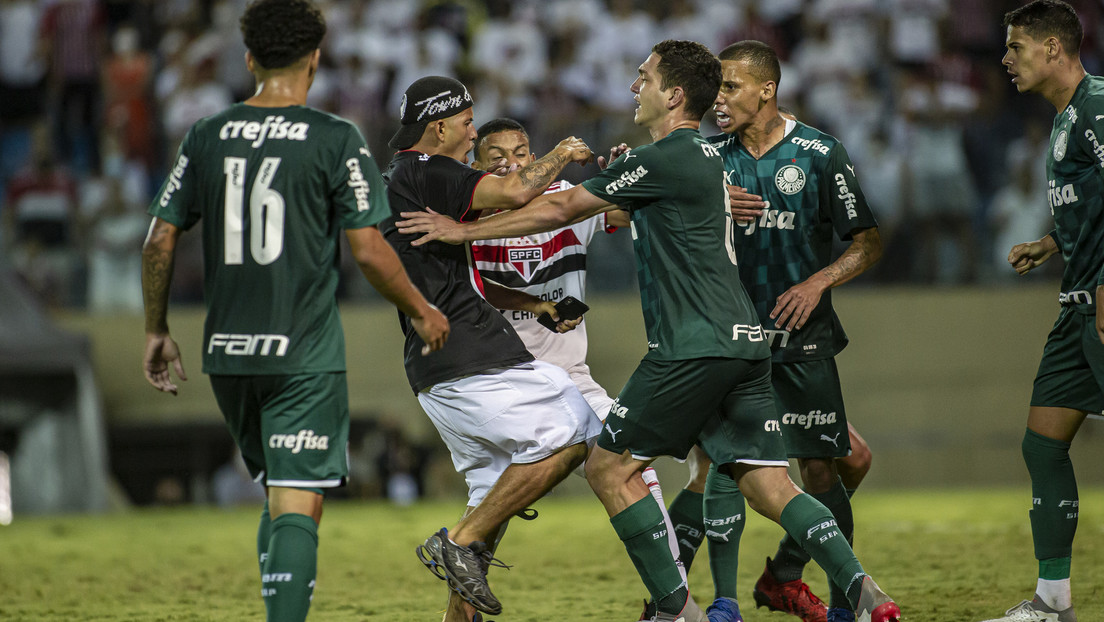 The São Paulo Soccer Federation condemned the incident and demands that the authorities “criminals disguised as fans” be punished “with the full weight of the law.”

Unfortunate scenes were experienced last weekend in the semifinal of the Copinha Brazilian soccer tournament between the under-20 teams of Sao Paulo and Palmeiras (0-1), when a fan entered the field with the intention of attacking a player of the visiting team and later a knife was found on the grass, informs the local press.

The incident occurred when playing the complementary time and briefly paralyzed the meeting. The fan ran to the Palmeiras area and confronted one of his soccer players, at which point he was pushed away by the local players. At that moment, two other fans invaded the field of play and were also evicted by the footballers, while from the stands they threw various objects to the court.

Police and security personnel had to intervene to bring order. One of the Palmeiras players found a knife and handed it to the referee. The fan who faced the footballer has been arrested and investigations are carried out.

Preliminary analyzes by the Police indicate that the knife was thrown from the stands. In a statement, Sao Paulo stated that it “strongly repudiates any act of violence and expects those responsible to be held accountable to the Police.”

The São Paulo Soccer Federation, organizer of the tournament, also condemned the event and indicated that he will demand that the authorities criminals disguised as fans“are sanctioned” with the full weight of the law and stay away from the stadiums.

Another TV character suffers a heart attack while riding a Peloton