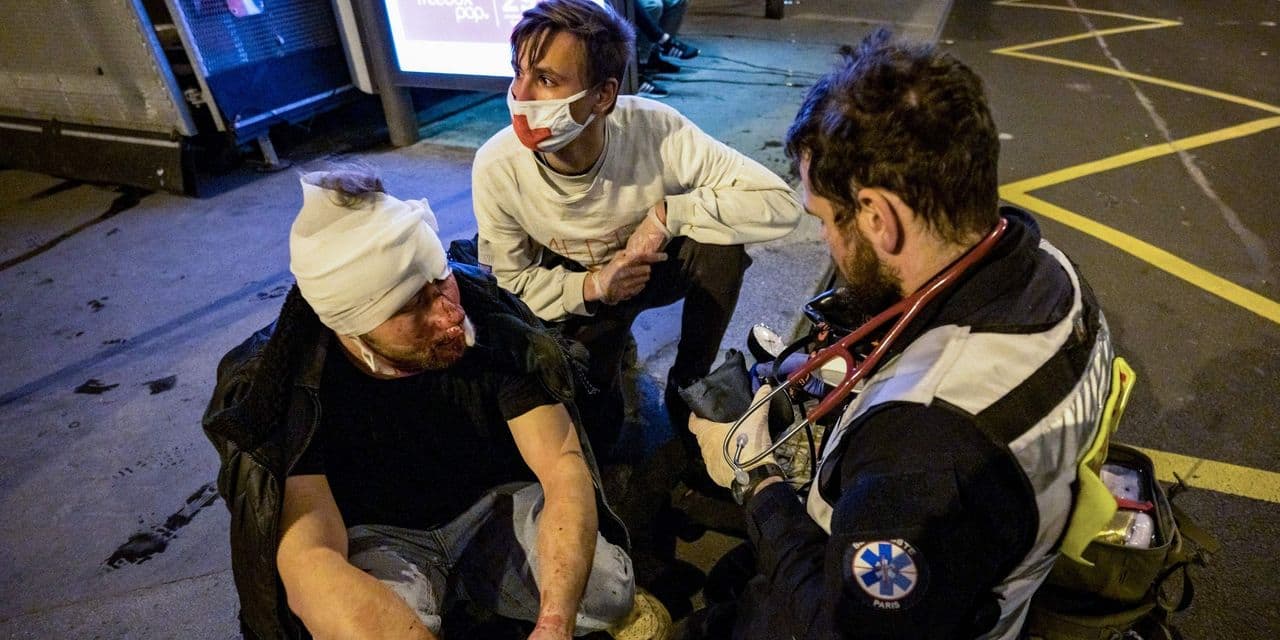 Collaborator of Polka Magazine and AFP, Ameer al Halbi, 24, who covered the demonstration Place de la Bastille as an independent, “was wounded in the face by a baton”, said on Twitter Christophe Deloire, secretary general of RSF.

“All our solidarity with Ameer Al Halbi. This police violence is unacceptable. Ameer came from Syria to France to take refuge there, like several other Syrian journalists. The country of human rights does not have to threaten them, but to protect them, ”Mr. Deloire tweeted again.

He also uploaded a photo of the photographer, head bandaged, nose still bloody, on a hospital bed, a snapshot signed by independent photojournalist Gabrielle Cezard.

She was next to Ameer Al Halbi and said she lost sight of him during a police charge in a small street.

“We were identifiable as photographers and all glued to a wall. We shouted + press! Press! +. There were projectiles thrown from the side of the demonstrators. Then the police carried out a charge, baton in hand”, a- she told AFP.

“Ameer was the only photographer who wasn’t wearing a helmet or armband. I lost sight of him and then found him surrounded by people, his face all bloodied and wrapped in bandages,” she said.

“He was psychologically very touched, he cried, and said he didn’t understand + why it was wrong to take pictures +”, continued the photographer.

According to Dimitri Beck, director of photography for Polka who has followed Ameer since arriving in France almost three years ago, the photographer suffered a broken nose and injured his brow bone. He was transported to Lariboisière hospital.

See Also:  New US Congress is installed amid Republican crisis

Ameer al Halbi, who won several international awards, including the 2nd prize in the “Spot News” category for the World Press Photo in 2017, covered for AFP the fighting and the devastation in his city of Aleppo, in full Syrian conflict.

In Bayeux (which celebrates the Guere correspondents every year), he won the “Regard des jeunes de 15 ans” prize for a photo taken for AFP showing two men, each hugging an infant and walking in a Ruined Aleppo Street. In Paris, he notably followed a training course at the Speos photo school.