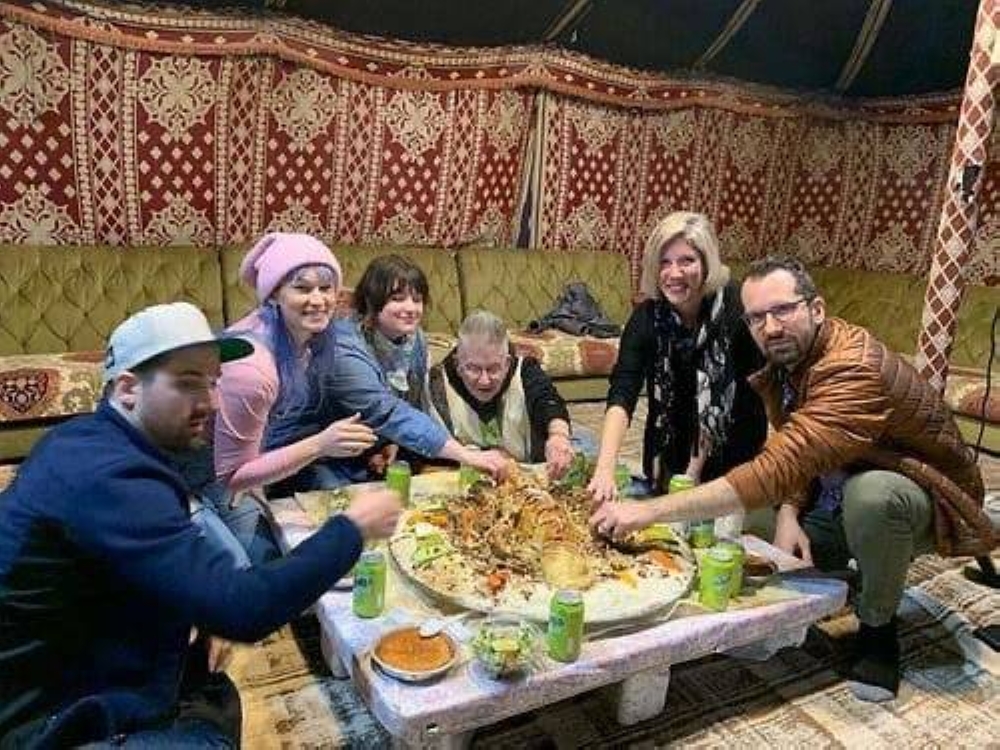 Al-Marsad newspaper: After returning from America, the Saudi scholarship student, Aref Al-Thiabi, hosted his professors at the American “Indiana” University in the Kingdom and organized a tourist trip for them to Riyadh, and provided them with all facilities for their transportation within the Kingdom.

Al-Dhiyabi said that he hosted 6 of his professors from the US state of Indiana. He explained that he was on scholarship 5 years ago in this state, but he kept in touch with his teachers via Facebook.

The program of their visit to the Queen

He added that he invited them to visit the Kingdom after opening tourist visas, and indeed they arrived in Riyadh. He added that the first day was hosting a camp in Riyadh to introduce Saudi customs, traditions and generosity, and then visit popular and heritage sites such as Souq Al-Zal, traditional and folk villages, and Diriyah, and visit major landmarks such as Al-Masmak Palace, Tuwaiq Palace, and the National Museum, pointing out that He took care of hosting them during the first days at his own expense.

The American academics’ visit program varied between hotels, camps, land sessions, and the Riyadh season events on the Boulevard and “Winterland”, as well as public sites in the capital, before the team moved to Al-Ula Governorate, where they spent several days there, to learn about the archeology and geographical terrain, such as The Elephant Mountain, the ancient Al-Ula, the Al-Ula desert and mountains. They also ate Saudi coffee, kabsa, dates, and taif saliq and enjoyed cooking. Then they left the Kingdom loaded with gifts, and their memories store a beautiful picture of the morals of the Saudis, and the kingdom’s human, industrial and natural wealth.

He stressed that they were surprised by the distinguished tourism programs and the activities offered by the Kingdom, according to “Al Arabiya.net”.