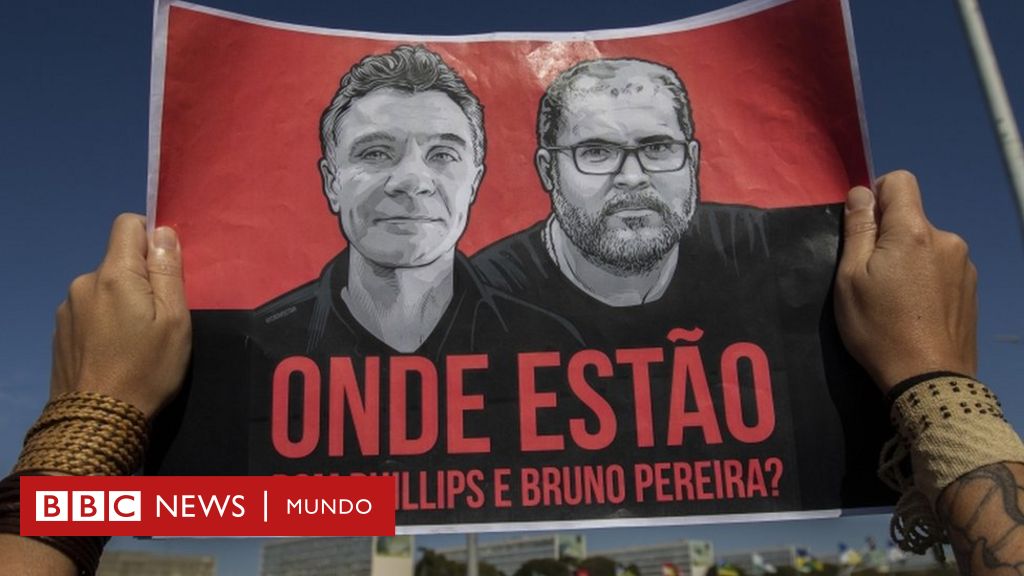 One of those arrested for the disappearance of British journalist Dom Phillips and Brazilian indigenista Bruno Pereira confessed to having killed and buried their bodies.

According to detective Eduardo Fontes on Wednesday, one of the suspects, Amarildo da Costa, confessed and accompanied the police to the scene, where human remains were found.

Police will now work with Interpol to confirm the identities of the bodies, as well as to define the motive for the murder.

The suspect “recounted in detail the crime committed and indicated the place where he buried the bodies,” Fontes said.

Phillips, 57, who had lived in Brazil for more than a decade, and Pereira, 41, disappeared on June 5 in a remote part of the Amazon.

Police identified the suspects as Amarildo da Costa, who was arrested last week for weapons possession, and his brother Oseney da Costa, arrested Tuesday and who denies involvement.

Phillips was in the area with Pereira “working on a book about the environment,” the British newspaper said. The Guardianfor which the journalist collaborated on occasions.

Both were in a remote area of ​​the jungle near the border with Colombia and Peru, in the Yavarí Valley, where the largest number of indigenous people who have no contact with the rest of civilization live.

The area has been invaded in recent years by illegal fishermen, hunters and miners, and is considered by police to be a key drug-trafficking route.

According to the police report, several witnesses heard Pereira say that he had received threats from Amarildo da Costa.

Pereira, a former head of the Funai government agency for Indigenous Affairs, was a key person in curbing illegal gold mining and fishing in the area.

Alessandra Sampaio, Phillips’ wife, said in a statement: “While we are still awaiting final confirmation, this tragic outcome puts an end to the anguish of not knowing the whereabouts of Dom and Bruno. Now we can bring them home and send them off with love.”

“Today also begins our search for justice. I hope that the investigation will examine all possibilities and give definitive answers to all relevant details as soon as possible.”