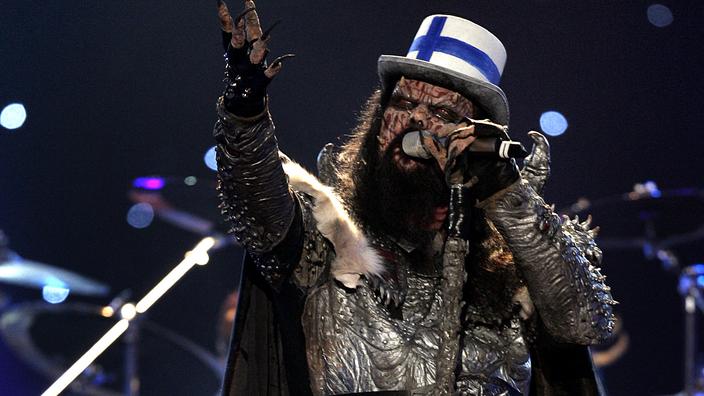 So it would have nothing to do with beer. Serious researchers from Aarhus University in Denmark suggest that our musical choices influence our eating inclinations. And hard rock would therefore not be the healthiest of them …

Heavy metal – literally “heavy metal– has never been so aptly named! According to a study, fans of Rammstein, Metallica or even Iron Maiden – massive men, with long hair, ardent beer lovers as legend has it – would tend to turn to fatty foods than reggae or jazz fans.

The Danish University of Aarhus highlighted that our musical choices have an influence on our food choices. In this specific case, hard-rock would encourage the consumption of fatty foods, while classical music, to take just this example, would encourage people to turn to healthy foods.

“Fast and loud music, characterized by heavy dissonance and distortion, excites the listener so much that it prompts them to binge on fatty foods. Calm classical music can prompt listeners to make moderate and reasonable choices ”

Extract from the study “Sounds Healthy: Modeling sound-evoked consumer food choice through visual attention” which studies the links between our musical and food choices

This research was carried out in China and Denmark on a sample of 215 people. The aim was to understand the effects of a specific soundtrack on nutritional choices and eye movements in consumers of different cultures.

«Gusually when we think of food we think of taste, aroma and, of course, sight, but the sound has been, I would say, underestimated”Explains one of the researchers of the study Danni Peng-Li.

The authors rely on the analysis of mediation, a discipline of social psychology which highlights the processes through which a factor influences psychological functioning or human behavior to apprehend the phenomenon. An eye-tracking system for 114 Chinese participants and 105 Danish participants was set up in the lab to study which foods they turned to.

The authors conclude that it is possible to strategically choose sounds to influence consumers’ decision-making and guide their attention to healthier food.

But don’t panic one other study dating from 2015 showed that listening to metal can make you calmer. Metal, good for morale, would therefore be a highway to hell, as AC / DC sings for the body …