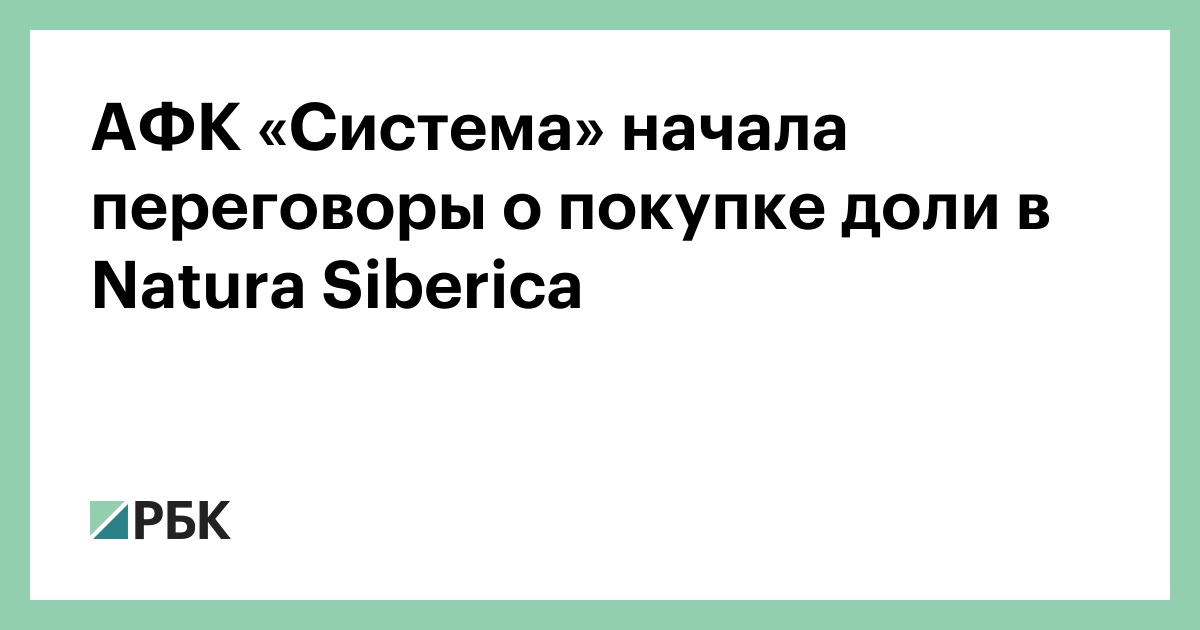 AFK Sistema may become the largest shareholder of Natura Siberica. Amid a conflict over inheritance and a lawsuit, the company is estimated at up to $ 100 million, The Bell learned. Trubnikov himself spoke about $ 500 million in his last interview

AFK Sistema is negotiating the purchase of a stake in the cosmetics manufacturer Natura Siberica, citing sources reported The Bell. The information was confirmed by a RBC source familiar with the negotiations.

At least Andrei Trubnikov’s first wife Irina and her children Dmitry and Yekaterina are involved in negotiations with AFK Sistema, one of The Bell’s interlocutors said. After the sale of their shares, they do not plan to participate in the management of the business, says the source of the publication.

Irina Trubnikova owns shares in all legal entities of Natura Siberica. In general, its share in the group is about 40%. The children of Trubnikova, when distributing the inheritance, the acceptance date of which expires on July 7, will have to receive 15% each. Thus, even if AFK Sistema comes to an agreement only with this group of relatives, it will become the controlling shareholder, writes The Bell. It is not known how Trubnikov’s second and third wives and their children want to dispose of their shares.

According to one of his interlocutors, several large businessmen were interested in buying Natura Siberica, but by that time preliminary agreements had already been reached with AFK Sistema.

A spokesman for AFK Sistema declined to comment on The Bell. The press service of Natura Siberica did not promptly answer the questions of the publication.


“We sell a fairy tale”: the history of Andrey Trubnikov’s business 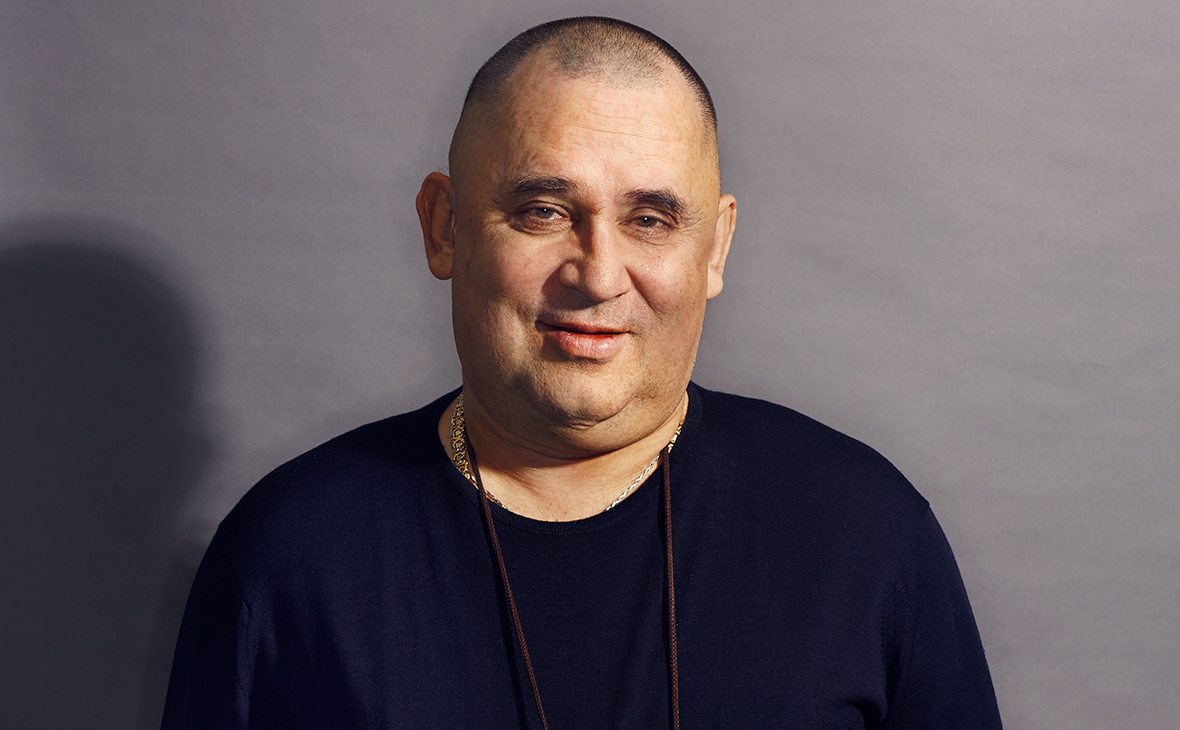 According to a source from The Bell, the company is estimated at a maximum of $ 100 million. In an interview with the publication, Infoline CEO Mikhail Burmistrov called $ 70-100 million as the most optimistic estimate. did not participate in a high-profile trial. The founder of Natura Siberica himself in the last interview with the Russian Forbes assessed his company in $ 500 million.

In January Trubnikov died. During his lifetime, he owned the largest shares in legal entities associated with the brands Natura Siberica, Organic Shop, as well as in Pervoye Reshenie LLC, which produces cosmetic products, including under the brand name Granny Agafia’s Recipes.

After the death of a businessman, a conflict broke out in Natura Siberica over inheritance. His son Dmitry Trubnikov approvesthat the heirs had questions about the actions of the trustee appointed by the notary. Operational control was formally received by the founder and president of the Cesar Consulting agency, Boris Lyuboshits. Irina and Dmitry Trubnikov, as well as the second wife of the founder of Natura Siberica, Oksana Trubnikova, who acts in the interests of Elizabeth’s daughter, tried to get him to be removed from management. The trustee, according to Trubnikova, pursues the goal of seizing corporate control over the company, in particular over OOO Pervoye Reshenie.

The businessman’s relatives demand to invalidate the decisions of the extraordinary meetings of the participants of the companies held in April, that is, after the death of Andrei Trubnikov. During these meetings, decisions were made to appoint the Cesar Consulting agency to manage all the companies of the holding.


The owner of Natura Siberica found the claim for ₽4.5 billion an attempt to remove a competitor 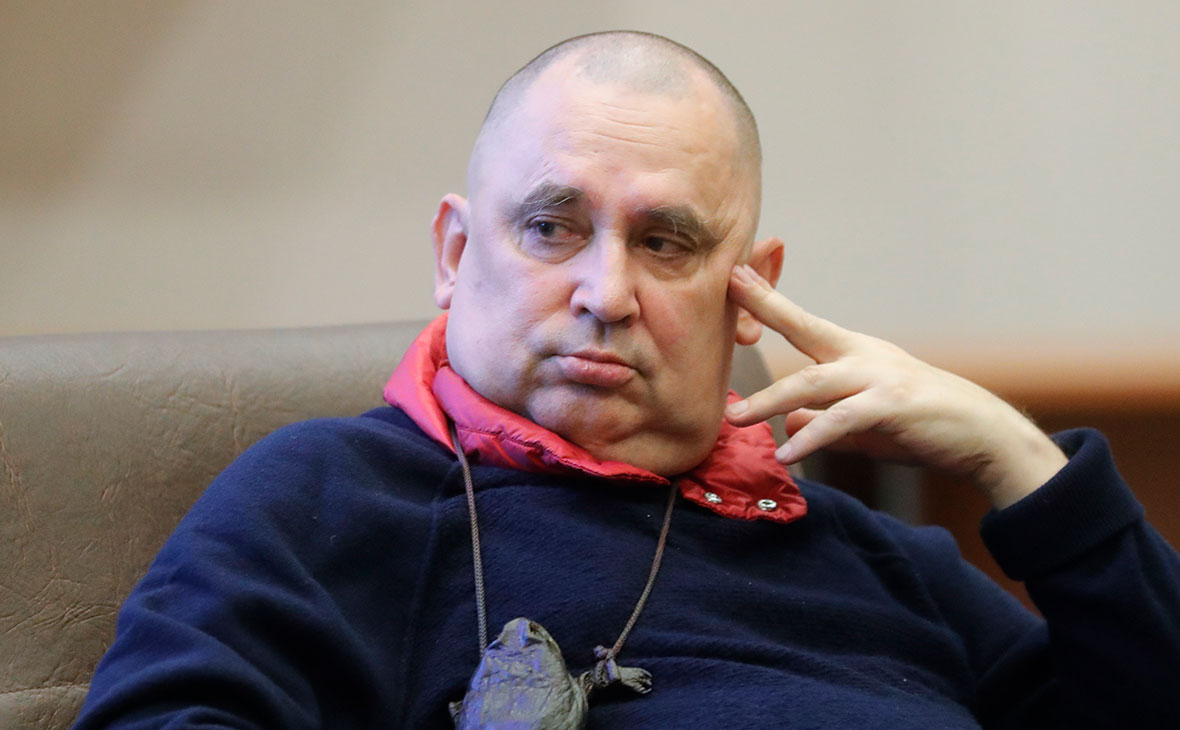 The trial in question began during Trubnikov’s lifetime. It is associated with a fire that occurred in March 2020 at one of the En + Recycling plants, the premises of which were rented by the owner Natura Siberica.

The amount of the claim of “En + Recycling” amounted to 4.5 billion rubles. arrested brands “Babushka Agafya” and other brands of Natura Siberica. The company itself believes that the fire was not her fault.

Another plaintiff was DOZAKL, and the place of En + Recycling was later taken by Ingosstrakh. According to The Bell, Ingosstrakh demands from Natura Siberica almost 1.5 billion rubles, DOZAKL – about 2.7 billion. For comparison, the revenue of the First Solution in 2020 amounted to 6.6 billion, net loss – 387 million rub.