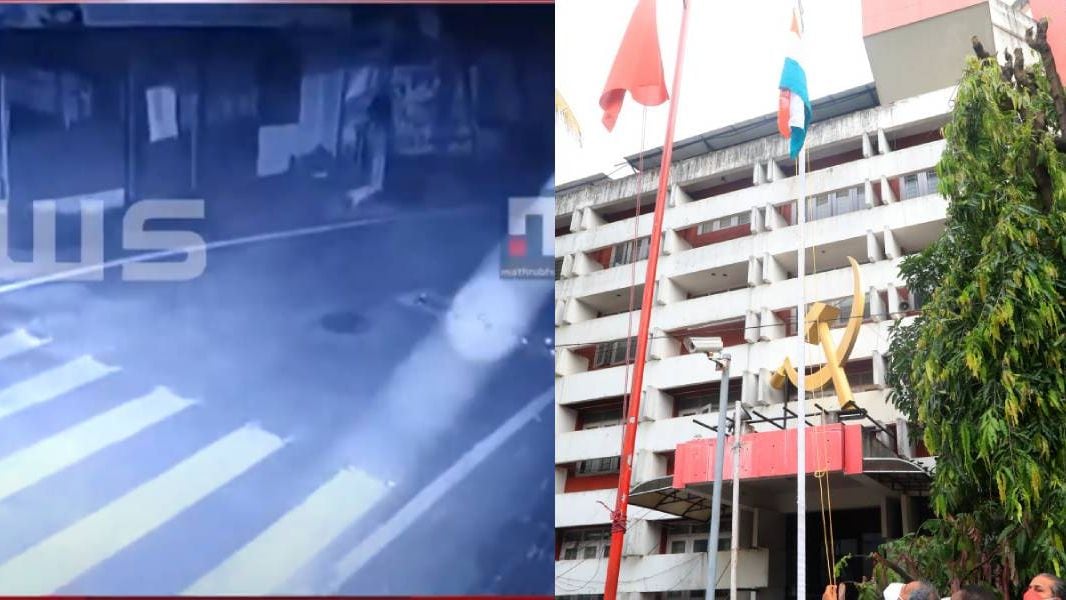 The incident took place around 11.30 pm. A scene of a person coming on a scooter from the road going towards the Kunnukuzhi area near the center can be seen in the CCTV.

Following the information, senior CPM leaders reached the spot. The bomb was hurled near the entrance gate to the AKG memorial hall. LDF convener EP Jayarajan accused the Congressmen of being behind the attack. The police team reached the spot and started the investigation. Minister Antony Raju, PK Shrimati and AA Rahim MP have reached the spot.

CPM party workers have come out to protest against the bombing.