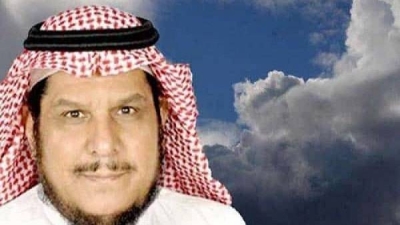 Al-Marsad Newspaper: Weather researcher, member of the climatic “naming committee”, Abdulaziz Al-Hussaini, revealed his expectations regarding the weather in the coming hours.

Al-Hussaini said in a tweet he posted on his Twitter account: “It is expected that the rains during the next 24 hours will be from light to heavy, and torrential rains and dusty winds will affect parts of the regions: (Riyadh, Jazan, Asir, Sharqiya, Najran, Oman, and the Emirates).

He added, the weather is hot during the day – less than the annual average on such days – and moderate at dawn in the Kingdom and the Gulf.

It is expected – God willing – during the next “24” hours from today, Monday, 3 Muharram, until the morning of Tuesday, 4 Muharram, rain from light to heavy rain, torrential rain and dusty winds on parts of Riyadh, Jazan, Asir, Sharqiyah, Najran, Oman and the Emirates.

Hot weather during the day – less than the annual average on these days, moderate at dawn on the Gulf pic.twitter.com/Pezq8BUKU7

F1: Alonso will be Lance Stroll’s teammate at Aston Martin in 2023

The crucial health dangers of stress