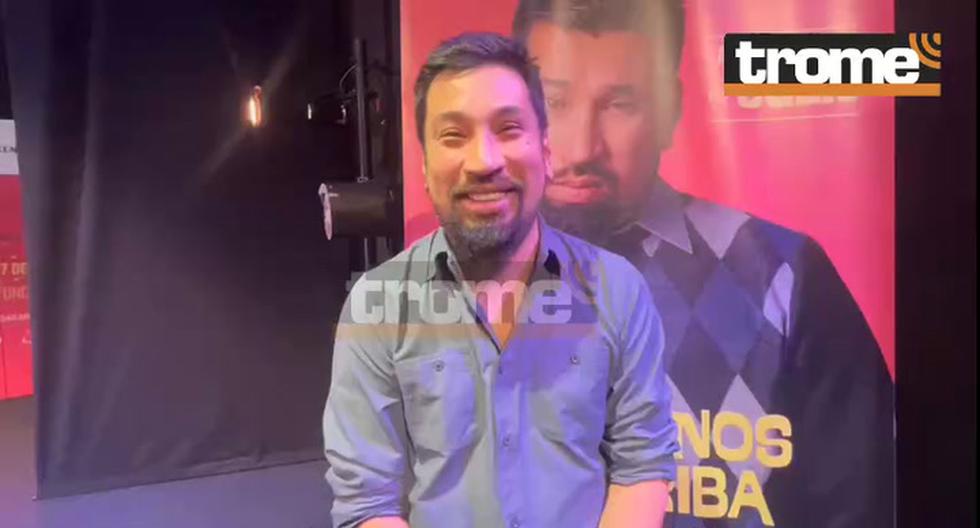 Aldo Miyashiro returns to the boards after four years and in a conversation with Trome he spoke about his relationship with Erika Villalobos, after the ampay that he starred in with the reporter Fiorella Retiz. The driver was excited when talking about his wife; but he acknowledged that he was not talking about a reconciliation.

YOU WILL BE INTERESTED: ETHEL POZO AND THE TREMENDOUS PARTY FOR HER DAUGHTER’S 15 YEARS

The remembered ‘Hard face’ He affirmed that they have a good relationship as parents with Villalobos and affirmed that he has apologized to him for what happened, as well as to all the people he hurt with his actions.

“We are going to be parents of our children all our lives and that they need to be well, beyond the problems that this may have generated.”, he stated.

When asked about his presence in the play “Everyone returns”, in which he acts erika, affirmed that she is an actress that she respects and admires, besides that she likes to see on stage. She also specified that her daughter also participates in the work.

At the time of being consulted for a reconciliation Miyashiro He affirmed that they have not talked about the subject and that they are in a process of being able to face the subject for their children. “We are trying to get along as best as possible, to communicate, to help each other with some things. If my children were 25 years old, maybe the situation would be different”, he expressed.

When asked about the alleged legal actions that Fiorella Retiz could take due to the treatment of the issue by some media, Aldo Miyashiro preferred not to touch the issue and stated that he will not take any action against these spaces.

He also ruled out that the criticism has affected him, since “he does not have to explain himself to anyone”, only to the people “he wants”.

Aldo Miyashiro will participate in the play ‘The neighbors from above’, which opens this Thursday, July 7 at the Julieta Theater