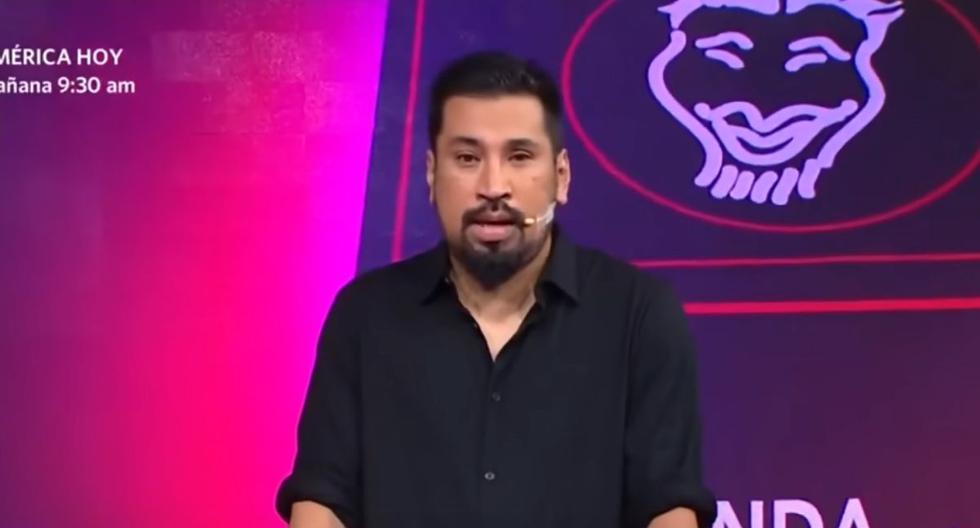 After the scandal he starred in after being ‘protected’ kissing his former reporter Fiorella Retiz, Aldo Miyashiro He returned to host his program “La Banda del Chino” this Friday, May 13.

The driver began his program by thanking his colleagues for taking over the entertainment space during his absence, and also explained the reasons that led him to return to television.

“Tell people that this time that I have been absent is because I am trying to repair the damage that I have done to my family, and that is what I am going to continue doing as long as I live, but I have to work and I have to go out to work like any of you”explained the also actor.

Aldo Miyashiro closed the subject of the ‘ampay’ emphasizing that it will be the last time he will speak about this fact since it greatly affects his family.

“Thank you very much to the whole team and to all the people who have written to me and I haven’t been able to reply. I thank you very much, it is the last time I am going to talk about this painful episode for my family and I hope you understand it”, he narrowed down.

Fiorella Retiz will tell her truth

Almost a month after the broadcast of Magaly Medina’s ‘ampay’ where she appears kissing with Aldo Miyashiro, Fiorella Retiz He spoke for the cameras of “Amor y Fuego” where he left open the possibility of telling his truth when he finished his treatment.

“When I finish all this what I’m going through, maybe I can sit down and tell things. It is always the woman who is most affected. (…) Sure, when I want to do it (declare), I will communicate with you or with those who want to listen to me”, said the journalist.

Josimar after his mother was intervened at the airport: “I will never expose his integrity”

WhatsApp: how to react, delete and see who reacted with emojis

Summary of the game Tigres Femenil vs Chivas Femenil (2-0). GOALS”