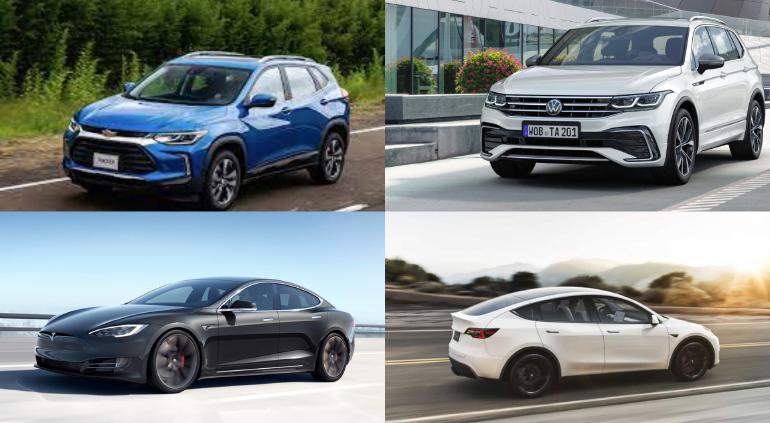 In one of them they reported failures with the seat belts, in another with the rear tire supports and in the last with the central processing unit, for which they asked users of these brands to take precautions.

They explained that in the Chevrolet brand, Tracker model 2021 to 2023 there are 18 thousand 636 units of which 14 thousand 181 have already been sold in the Mexican territory, while thousands of others are in the warehouses of authorized distributors.

They said that in the case of this model it is possible that in various units, when a collision occurs, sparks are generated when the abdominal pretensioners of the front seat belts are activated, which could generate a thermal event when they come into contact. with the acoustic insulation of the carpet.

Therefore, to reduce this probability, since they reported that they have no reports of any cases, for this they will implement some type of protection in the acoustic insulation of the carpet.

While the 1,664 Volkswagen brand cars in the 2021 and 2022 Tiguan lineup have the possibility that both rear wheel mounts may corrode, crack, and/or break, causing loss of vehicle stability and eventually causing a accident.

Therefore, the wheel supports must be checked in order to replace them with the new support or supports, the automaker only reported having been aware of said failure with one client.

CPU heat in these vehicles can cause the screen to slow down or go black, causing difficulty in using the controls, increasing the chance of having a coalition.

While Tesla said they have no reports of any failure of this type, they will also send an update to the software of these cars to improve CPU temperature management.

How do you get to know “small pox” in humans? How many days to be treated separately

You can now check who sees your Facebook profile