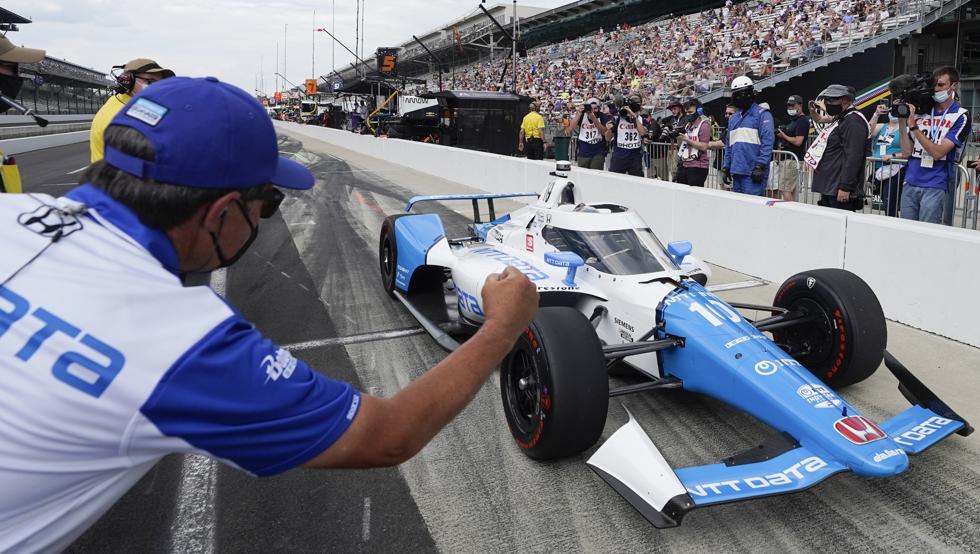 It will be more difficult, but not impossible. Àlex Palou, the great sensation of the season in the IndyCar, will have a 6-place penalty on the starting grid of this weekend’s race in Detroit for having changed engines, something that will complicate things on a track of Barber in which he has never run.

And the Sant Antoni de Vilamajor He will face the difficult urban circuit without experience in it and with a grid penalty that will be applied to his qualifying result, but despite this, Àlex responded with his usual optimism on Twitter, publishing a GIF with the famous actor Dwayne Johnson rubbing hands. “It will be an exciting race then,” exclaimed the pilot.

Alex arrives at Barber as leader of the championship after the dispute of the first 5 races of the season. The Catalan is being the great revelation of the course, corresponding with great results to the trust placed in him by one of the best teams in the American competition, the Chip Ganassi. The Catalan conquered his first triumph in his second year in IndyCar in his first race with his new team and in the first 5 appointments he has finished 4 times in the Top-5 and always in the Top-10, showing a constancy that has him become a clear contender for the title. Palou’s pulse does not tremble despite the pressure and he already showed it in the previous race, the mythical Indianapolis 500 where he was second bordering on what would have been a historic triumph.

Palou leads the championship with 248 points, 36 more than his teammate, the current champion Scott Dixon, second with 212, and 37 more than the Mexican McLaren Pato O’Ward. Simon Pagenaud is the fourth classified with 201 points, 47 already behind the Catalan.