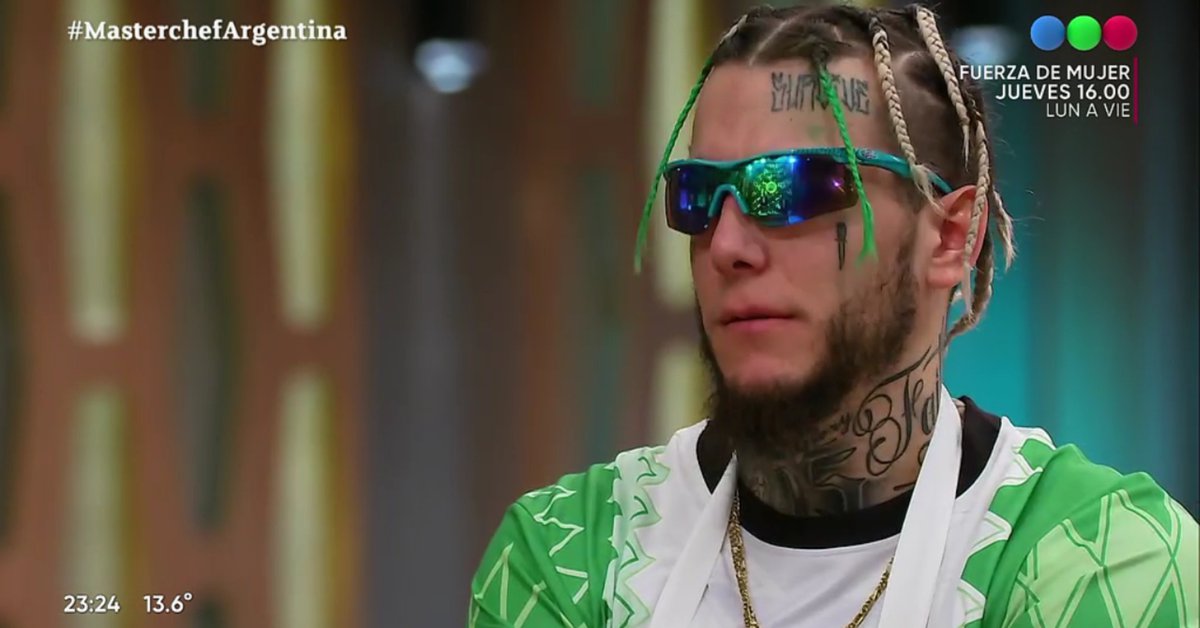 Fabián Esperón spoke about the future of Alexander Caniggia in Masterchef (Audio: In case the flies, La Once Diez / Radio de la Ciudad)

Resignation of Alex Caniggia a Masterchef Celebrity 2 (Telefe) was more than confirmed. Or at least that’s what it looked like. Because, after the rumors began to circulate that the media had decided to step aside and leave the reality kitchen, was his own representative, Fabian Esperón, the one who gave details of his resignation. “He’s actually going to quit in a fortnight when the show comes out”, the manager had said in dialogue with Mitre Live.

These days, Esperón returned to refer to the subject and without revealing too much, gave some clues about the truth of what happened (and will be seen on screen in the coming days) with Alex and the famous chefs contest. “They said ridiculous things about putting conditions or things in the contract. But any amount of nonsense was said. Alex works for pleasure, paid, but does not do anything that he does not like. And he is very competitive, he does not like to lose anything”, He said.

“This is a competition show that is filmed twenty days apart. For a matter of respect for the production to the people with whom I signed a contract, I can not say anything about what happens in the program. But many things were said that even now amuse me. I was a bit surprised that so much has been said, because if Alex is one of those who leaves Masterchef, many of Masterchef left and no one spoke like that “, said in dialogue with the radio program Just in case (The Eleven Ten / Radio of the City).

On the participation and performance Alex said: “When we entered it was without any expectation, thinking that I really wasn’t going to be there for a week. Alex hardly cooks, he asks for a lot of delivery. Once he cooked some really good spaghetti for me, but they turned out well by chance.”, Esperón said. “I was afraid that he would play too bad a character, but he showed himself a little more, he started to like it and got hooked on cooking, he gets along well with the other participants so it was a surprise even for us,” he added about evolution of Alex’s character in the reality.

Alexander Caniggia is a favorite of the Masterchef audience

And about that, he specified: “Alex plays a huge character who in Masterchef looks a little bit more like what he really is, but he’s not the real Alex. Very few people know him, he has his friends as a boy, all his life. And he wants to maintain his character as a rebel and as an emperor, but he is a super educated, correct, careful boy, he does works of good that nobody knows.

At the same time, he defined it as a “caramel sauce”And that that changed the opinion that the public had about him. “Alexander had an audience that hated him and another that loved him. If it weren’t because I know him personally, it would be from the public that hates him. But in many of the countries of America, they saw Caniggia Free (the MTV reality show), so in many countries he goes out on the streets and they ask for autographs, “said who is also the manager of Charlotte Caniggia, who made his auspicious debut in The ShowMatch Academy (The thirteen).

Fabián Esperón is the representative of the Caniggia brothers

“Charlotte is lucky to do what she likes to do.. She and her brother work for money because they don’t work for free. But beyond that, they both do what they like, “he said about it. And I add: “Marcelo (Tinelli) and she have a lot of chemistryThey have some of the best previews seen on the show. Charlotte’s grace is that she has a star. May not sing or dance as much as other participants. But although La Academia is more competitive and complex, because it is another type of show, it has a star. And it’s dangerously sincere, sloppy, cool, witty”, defined it.

Esperón also told how Charlotte and Alex experience the criticism they receive: “In reality, they don’t see each other and they don’t see much of what comes out in the media. Charlotte a little more, but Alex is never seen. But they do look at the networks a lot and obviously it influences them. I even think it influences them much more than what they say”, He opined. “What bothers them the most is that they mess with the family. Because many things are talked about and that hurts a lot for them. It is very difficult, let’s imagine that parental separations are always difficult for boys, but to top it off it is mediatic and they say strings of nonsense of all kinds “, he closed.