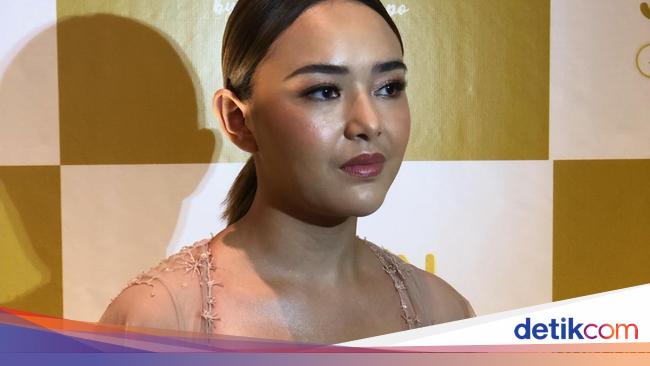 Amanda Manopo often expresses her heart about the Love Bond through her social media. However, Amanda Manopo is still playing as the main character.

“I’m also annoyed, sometimes it’s the writer, even though we’re already acting, we follow the author too,” said Amanda Manopo some time ago.

“When I read it, it’s really annoying, why is Elsa like this, and after that, how come I make oons. We want it or not, we have to follow it, right,” he continued.

Around March 2022 Amanda Manopo also wrote down his concerns via Twitter.

“Actually, it’s not really a problem and it’s really stupid, you want it to be private and secret, itsok.. But let’s see what kind of atmosphere the set is like, what do you want to do in the future, don’t ask,” tweeted Amanda Manopo, alluding to the new writer, Ikatan Cinta.

“For this, the role of the baby blues, honestly, is another challenge… but its to much. You have to know the conditions, let alone shoot with a baby whose job is to sleep.. but the scenario has to cry. The mentality of a baby who enters 2 months can be damaged.. And also me..,” he continued.

Many netizens responded and asked to be told who the author of the Love Association was. Amanda Manopo again gave a surprising answer.

“I’m sorry, I don’t know who the director is, it’s a secret,” replied Amanda Manopo.

Amanda Manopo has also spoken directly about her protests. When conducting an interview on March 31, 2022 at the 1st Skin Soul event, Amanda Manopo emphasized that the author did not seem to know the atmosphere.

However, Amanda Manopo also suspects that the author received direction from someone who has a position above him so he can’t refuse.

“Maybe he also got directions from his superiors. Maybe his boss asked for a story like this. He as a writer just obeyed. I think everyone who has built (soap operas) from the beginning, we know, this is how it is (the storyline),” he explained. Amanda Manopo.

Amanda Manopo was also furious by involving a 2-month-old baby in filming a soap opera. Amanda Manopo admitted that it was better to shoot with fake dolls.

“I’d rather do a scene with a fake doll than with Grandpa Askara. Because the child is still two months old, it’s a shame to have to be carried this way,” wrote Amanda Manopo.

“Because he has hours of sleep, has hours of crying, has hours of breastfeeding. I don’t want to, sorry it’s only been like that for two months,” said Amanda Manopo, who asked the production house to reduce the scene of the Baby Askara actor who in the soap opera became Andin’s baby. Aldebaran.

Remco Evenepoel: “No, I will not replace Alaphilippe at the Tour de France”