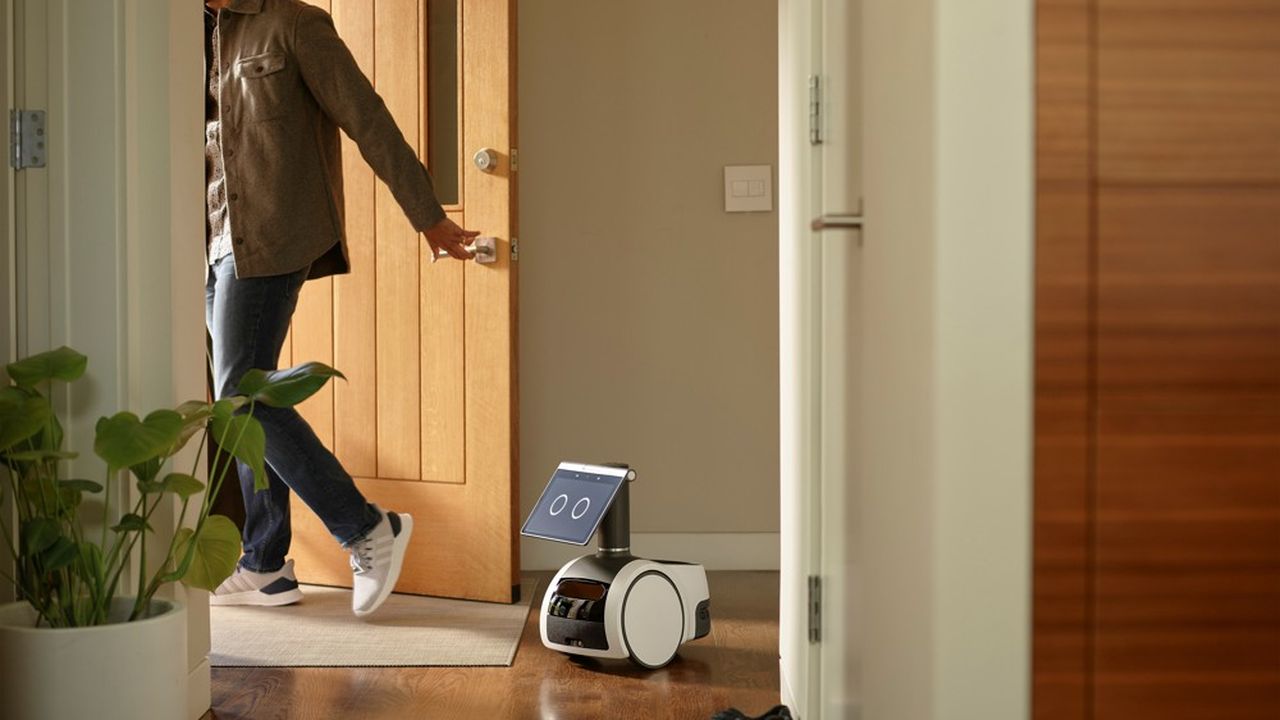 Amazon arrives in robotics. Expected on the presentation of a wall screen for its artificial intelligence Alexa, the champion of e-commerce, which has also become a brand of electronic gadgets, surprised, this Tuesday, by unveiling its first robot.

Called Astro, this device is also equipped with Alexa. With its three-wheel vacuum cleaner body topped with a screen as a head, the robot looks like an electronic pet.

As baroque as it is, this device, in development for three years, will be the most expensive of the Seattle-based company’s line of high-tech products. Initially, Amazon intends to reserve it for a few selected customers who can afford it for $ 1,000. Later, but at an unspecified date, the price will rise to 1,500 dollars for a larger clientele.

A speed of one meter per second

Able to interact with the inhabitants of the house via Alexa’s voice commands, Astro will analyze his surroundings thanks to several cameras which, according to Amazon, should prevent him from bumping into a badly stored chair or the foot of a guest. Astro will be able to move an entire floor at the speed of one meter per second.

But what could Astro be used for? Associated with the Ring Pro home video surveillance service, it will be able to patrol and film what is happening in the house in the absence of residents. To illustrate their point, Amazon Devices executives drew on their personal experience. “It helps so much to be able to verify that the fire on the hobs is out,” enthusiastic Dave Limp, one of the bosses of the group’s branch specializing in consumer electronics.

“A robot in every house”

To hear him, the Astro robot also turns into a home help. When Dave Limp phones his 85-year-old father, the robot approaches him and becomes a video conference screen. In the morning, the robot can remind the father to do his daily routine.

For Amazon, however, this robot is only a first step. While humanoid robots from companies like Aldebaran have not been successful, the Seattle-based company can learn from the success of IRobot’s Roomba robot vacuums. “In five or ten years, we think there will be at least one robot in every house,” says Dave Limp, almost paraphrasing Bill Gates and his famous prediction of the day when there would be a computer per household. Amazon is already warning that Astro is not its last robot.