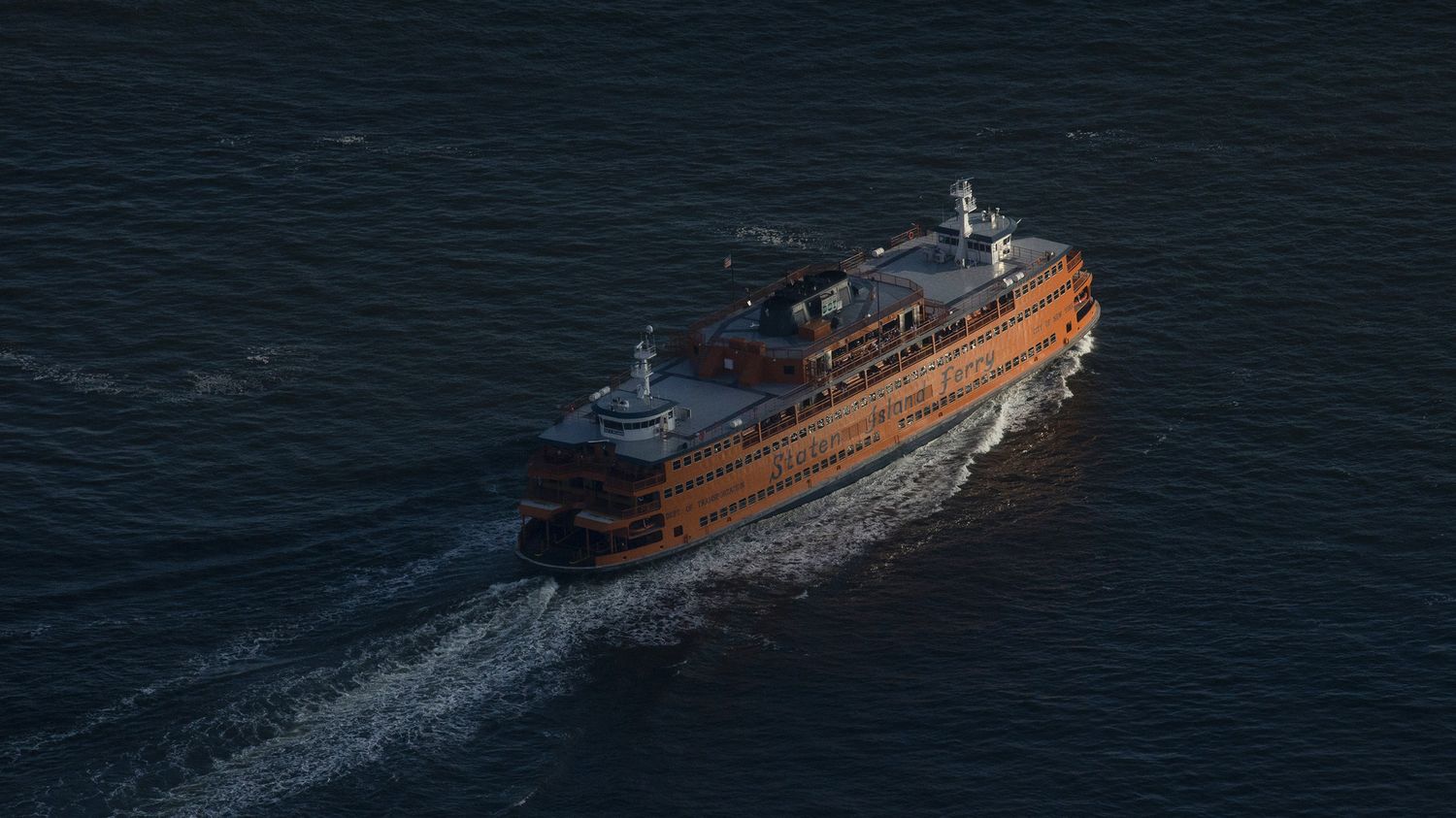 A huge ferry emblematic of the Manhattan-Staten Island link will be transformed into a cultural place after being bought by a theater café owner and American television stars, we learned on Friday January 21.

The famous orange ferry “John F. Kennedy”, which since 1965 has linked the two districts of New York, was sold by the city to Paul Italia, real estate agent at the head of the comedy club “The Stand” in Manhattan, associated with comedians of the cult NBC show “Saturday Night Live”, Pete Davidson and Colin Jost, confirmed Paul Italia to AFP. the New York Times unveiled the operation earlier on Friday.

According to press reports, Pete Davidson is the boyfriend of reality TV star and businesswoman Kim Kardashian, while Colin Jost is married to movie superstar Scarlett Johansson. Both men are from Staten Island, one of New York’s five boroughs, south of Manhattan Island, and Pete Davidson still lives there.

According to the administrative services of the municipality which sold it, “the emblematic John F. Kennedy” (85 meters long, 2100 tons and withdrawn from the fleet in August for engines out of service) went to auction at some 280,100 dollars for a starting price of 125,000 dollars. Paul Italia wants “to make it a living performance space with stand-up, music, art and the possibility of eating out”. However, he does not say how to tow the huge orange ship and dock it permanently…

Why did you buy such a ferry, whose free connection is known to all New Yorkers, and which was promised to be scrapped? Because “each of us really wants (…) to save part (of the heritage) of New York”, justified in the New York Times Paul Italy. And according to the businessman, the ship “John F. Kennedy holds a special place in the heart” of his two associates Davidson and Jost, “Natives of Staten Island”.

Presidential: for Zemmour, a battle of rallies between war and… intox