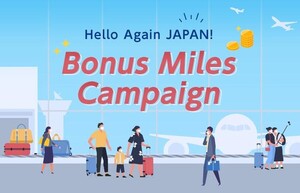 ANA Airlines will resume the Gimpo-Haneda route from July 1. It has been about two years and four months since the flight was suspended due to the corona virus.

ANA’s Gimpo-Haneda route departs from Gimpo Airport at 1:05 PM every Monday and Friday and arrives at Haneda Airport at 3:20 PM. The return flight departs from Haneda Airport at 8:40 am and arrives at Gimpo Airport at 11:05 am. ‘Hello Again JAPAN! The ‘Bonus Mile Campaign’ is also promoted. An additional 50% of mileage mileage is provided for ANA Airlines’ international passengers in Asia/Oceania. The promotion period is from July 1st to October 31st, and the boarding period is from September 1st to October 31st.

Meanwhile, ANA is a member of the airline alliance Star Alliance. In 2021, CIRIUM, an aviation data analysis company, ranked first among major global and Asia-Pacific airlines in a survey on punctuality.

Nearly 2,000 cannabis plants discovered in a house in Boussu

Who is the actress that you enjoyed kissing the most.. Samir Sabry boldly answered.. You won’t imagine who she is??