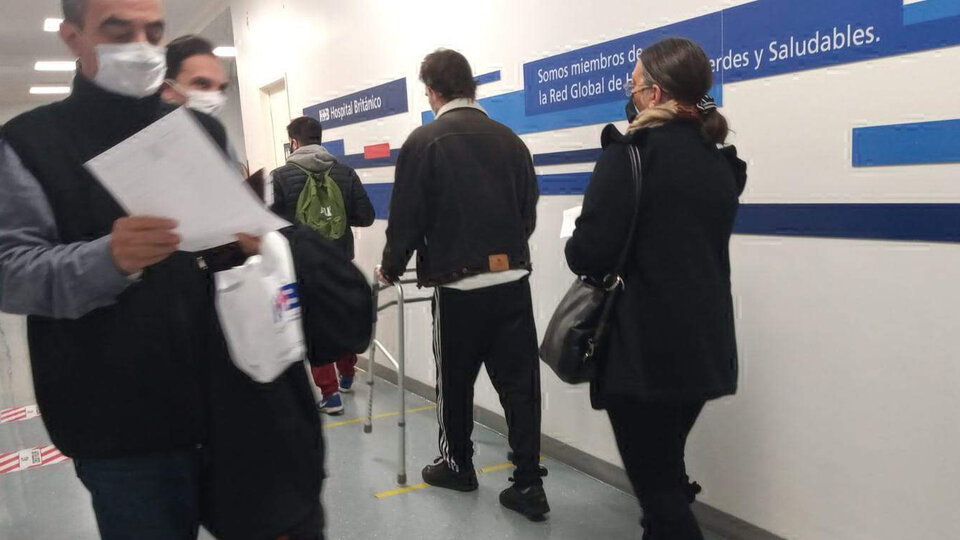 The Government authorized this Tuesday a new increase for prepaid medicine companies. It will be from 11.34 percent starting in August and will become the seventh rise so far this year, to total 68.5 percent in the period. The previous increases were in January (9 percent), March (6), April (6), May (8), June (10) and July (4). According to the prepaid, with this increase a family plan for a married couple with two minor children will be between 40,000 and 60,000 pesos per month.

The measure was taken through resolution 1293/2022 of the Ministry of Health, which was published last Thursday in the Official Gazette. The norm, which bears the signature of Minister Carla Vizzotti, approved the Health Cost Index, which contemplates the evolution of the items of human resources, medicines, medical supplies and other significant supplies.

In April, bimonthly increases in the value of quotas had been authorized with “a maximum limit according to the variation in the Health Cost Index.” As of June 30, the calculation of this Index -which will be calculated again on the last day of August and October- showed a variation of 11.34 percent. “This percentage represents the maximum proportion in which prepaid medicine entities may increase the quota values ​​of their plans, being able to apply increases in a smaller proportion or not apply increases,” they clarified from the portfolio.

In any case, before carrying out the increases that they define, the companies must inform the users. In this sense, in the last few hours, the prepaid companies began to send notifications of changes in rates to their associates.

According to the companies, this increase will allow “to face the successive increases in the costs of the prices of medicines and supplies, the parity of the health sector and new coverage, as well as to continue maintaining the quality of service that we offer.”

The new Minister of Economy, Silvina Batakis, confirmed that the Government will continue with the segmentation of electricity and gas rates. What has been announced so far is that both services suffered increases retroactively to June 1, although the percentages for those who remain without subsidies were not specified.

In addition, other increases in services were authorized for this month:

* Private schools in the City of Buenos Aires. The 4,280 private management schools that receive contributions from the Government of Buenos Aires are authorized up to a 15 percent increase in the fees they charge their students’ families since July. Since the beginning of the year, private schools in the City have risen 19 percent in two installments, 10 in March and 9 in April. It still remains to be defined whether the quotas will be updated again in October.

* Water. The tarifa de Aysa will have one up 20 percent in July, another 10 percent increase is expected in October and a total 2022 increase of 32 percentage points is forecast. The authorities of the state company detailed that the current rate levels are “significantly lower” than those necessary for an economic-financial balance and that the freezing of rates implemented during the pandemic generated problems in the operating costs. For this reason, new increases are not ruled out before the end of the year.

* Collectives in the AMBA. The Ministry of Transport of the Nation enabled a increase in bus fare for the Metropolitan Area of ​​Buenos Aires (AMBA) since July for which the minimum ticket will cost 25.20 pesos and the section that runs between 3 and 6 kilometers will have a value of 28 pesos. However, the authorities did not specify from which day the rate increase comes into force, which will also affect the train service.

* Rentals. As stipulated in the law of rentals which is still in force, rents will have an increase of the order of 57 percent this month.