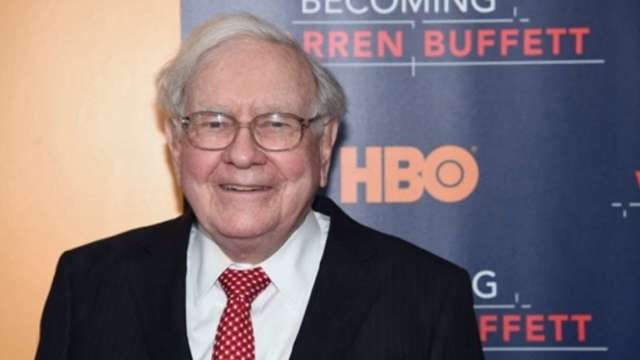 Apple rose 7% on Friday (28th) after announcing its last quarter earnings report that far exceeded market expectations, which together with the value of “stock god” Buffett’s Apple holdings increased by 9.8 billion in less than a dayDollar。

Apple (AAPL-US) on Thursday reported nearly $124 billion in revenue for the first quarter ended DecemberDollar, and the performance of all products except the iPad has grown, not only that, but investors seem to be particularly excited by CEO Cook’s speech that “supply chain bottlenecks are easing.”

Apple shares opened higher on Friday, ending up 6.98% at 170.33 per share Dollar, the market value is again towards 3 trillionDollar (Need to rise to 183 per share Dollar) to advance, tossing the January low pressure. Bloomberg tracks at least half of analysts who are optimistic that Apple’s market value will hit the milestone within 12 months.

Buffett’s Berkshire Hathaway (BRK.B-US) has been buying Apple since 2016 and has since become one of Apple’s most important supporters. FactSet data shows that the company currently holds more than 887 million shares on hand, accounting for more than 5% of Apple’s outstanding shares and more than 40% of Berkshire’s investment portfolio.

Although Buffett once believed that technology stocks are relatively risky, Apple will regularly distribute dividends, which is exactly in line with the investment philosophy of the stock god. In an interview with CNBC in 2020, Buffett said that he does not see Apple as a single stock, “Apple has become our third largest business (after insurance and railroads). And it may be me in this world. The best company I know.”

In Buffett’s eyes, the stickiness of the iPhone ecosystem encourages users to upgrade regularly, making Apple stock a relatively safe investment, and its attributes are more consumer-oriented than technology companies.

Not only does Buffett favor Apple, but Cook has also praised Buffett’s investment. In 2019, Cook said: “We adopt a long-term strategy, and it is great to be favored by this ultra-long-term investor.”