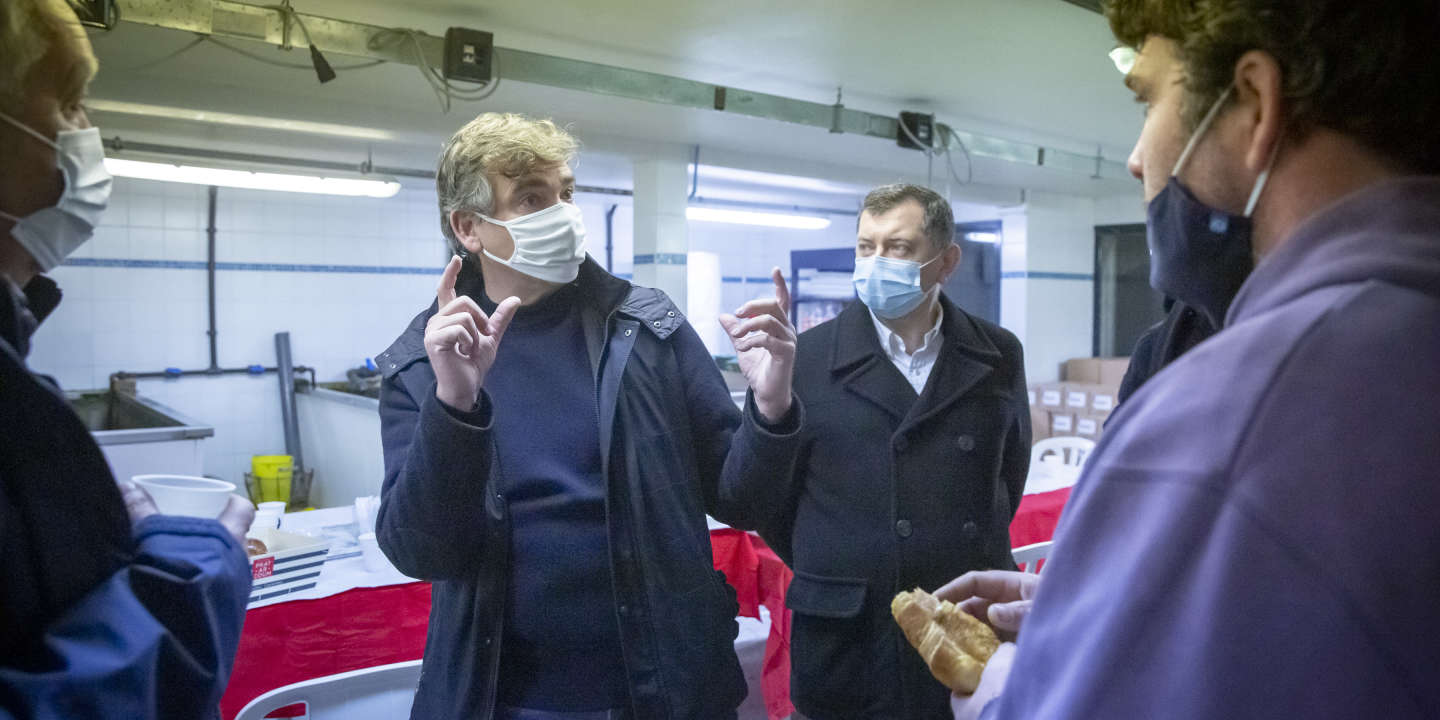 Test and see how the country reacts. Arnaud Montebourg began a tour of France, Monday 25 and Tuesday 26 January in Brittany, to test his speech and his possible candidacy for the presidential election of 2022. He says he wants to “Draw another future” and offer another option to the duel announced between Emmanuel Macron and Marine Le Pen. By going into the field, supporting trade unionists and meeting artisans – as a reminder of this France of “yellow vests” that he intends to seduce – he also seeks to change his speech. And rectify this idea of ​​a possible alliance with sovereignists of all stripes which has attracted embarrassing support to the right.

In recent days, concerns have risen from the ranks of his supporters: appearing so much in agreement with certain right-wing figures blurs the image of the former socialist rebellion. For a month now, we have heard Arnaud Montebourg say that he wants to build a political arc allying the sovereignists of the left as of the right for “Save the country”. The former minister of productive recovery even staged a certain convergence with Xavier Bertrand, the president of the Hauts-de-France region. “The post-Gaullist right (…) who defends our country and is not in favor of globalization, seems to me just as close to me as many personalities on the left “, he explained in Point from January 11.

Article reserved for our subscribers Read also On the right and on the left, the Covid-19 brings economic sovereignty up to date

In the process, several executives of the Republicans (LR) party, such as Guillaume Peltier or Marc Le Fur, declared to be in phase with his protectionism. Even Marine Le Pen was delighted with such a positioning, affirming January 27 on Franceinfo that she was “On the same line with Arnaud Montebourg”.

On the left, accusations of dubious convergences with the right immediately began to fuse. Jean-Luc Mélenchon, for La France insoumise (LFI), denounced, on his blog, “Openness to the political right”, while Olivier Faure, the first secretary of the Socialist Party (PS), criticized the “Desire to span both banks” of his former comrade, specifying that “This is what we do with the sovereignty that opposes the left to the right”.

It was therefore urgent for Arnaud Montebourg to redress the bar. Monday, around the pallets which blazed in front of the Nokia site in Lannion (Côtes-d’Armor), the former minister rubbed shoulders with deputies (LR) Marc Le Fur and Olivier Marleix to denounce the dismissal of 200 employees on the Breton site of the Finnish company, but “It is at the invitation of the intersyndicale”, he specified. The three men were signatories of a forum to demand the rescue of the telephone company. And there was also the communist senator Gérard Lahellec and several elected socialists, insisted his entourage.

You have 62.38% of this article to read. The rest is for subscribers only.