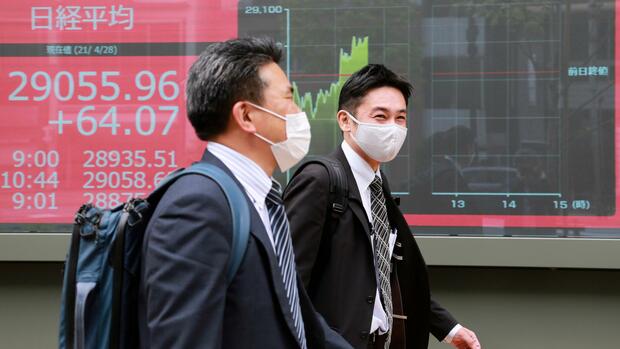 Frankfurt, Tokyo US bond yields fell to a three-month low while a broad index of Asian stocks rose. Investors saw enough unique indicators in US consumer prices to support the Federal Reserve Bank’s view that rising inflation will be temporary. “Last night’s report is just one in a long line of evidence that inflation is not just rising, it is more than a temporary base effect,” said Rob Carnell, chief Asia Pacific economist at ING in Singapore.

The Tokyo stock exchange initially showed itself to be weaker on Friday. The Nikkei index, which comprises 225 values, was 0.1 percent lower at 28,923 points. The broader Topix index fell 0.3 percent and stood at 1951 points. The Shanghai stock exchange was 0.2 percent in the red. The index of the most important companies in Shanghai and Shenzen lost 0.6 percent.

More: US stock market on the up despite inflation – S&P 500 closes at record high