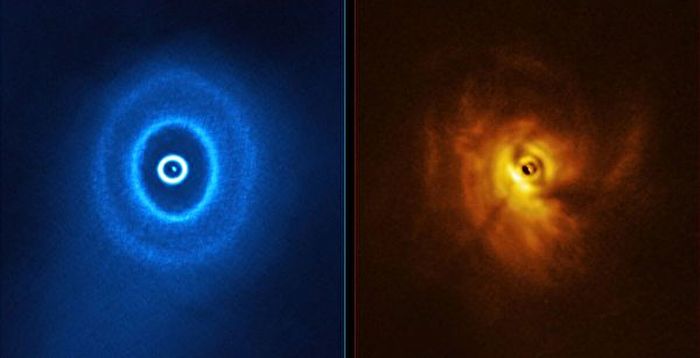 [Epoch Times October 14, 2021](Epoch Times reporter Di Rui compiles and reports) Astronomers used to work in Double Star,Samsung systemFound withinExoplanet, Are all revolving around one of the stars. An astronomical research team announced that they had discovered the first strange planet orbiting three stars.

Our solar system has only one star, and all planets revolve around the sun. Now astronomers have discovered that, in fact, about half of the star systems in the universe are composed of two or three stars. These stars form a system under the gravitational pull of each other.

Scientists have also discovered from these multi-star systemsExoplanet, They all revolve around one of the stars. The planet discovered in this study revolves around three stars, which makes scientists feel very peculiar. No one has ever discovered it before.

thisSamsung systemCode-named GW Ori, it is only 1,300 light-years away from the earth. From the observation data of the Atacama Large Millimeter Wave Array Telescope (ALMA) in Chile, the researchers found that there are three dust rings around the system. According to the existing planetary birth theory, scientists know that this kind of dust ring is a nursery for birth planets.

One of the main researchers, Jeremy Smallwood, a PhD student in the Department of Astronomy at the University of Nevada, Las Vegas, said that they found an obvious and unusual void in these dust rings.

The discovery was published in Monthly Notices of the Royal Astronomical Society on September 17.

Researchers believe that the planets born in such a dusty disk are highly likely to be giant gas planets like Jupiter. The existing theory believes that gaseous planets will generally be born in star systems first, and rocky planets like the Earth will be born later.

The research team stated that they will continue to analyze the data from ALMA to learn more about the GW Ori system and confirm whether one or several planets have been born there.

In the famous science fiction movie “Star Wars”, the two suns sunset on the planet Tatooine, the hometown of the Skywalker family, are stunning. In the real world, the exoplanet LTT 1445Ab detected by astronomers has three suns in the sky, but it only revolves around one of the suns. The new discoveries now show that the original real world is more marvelous than the science fiction world. ◇