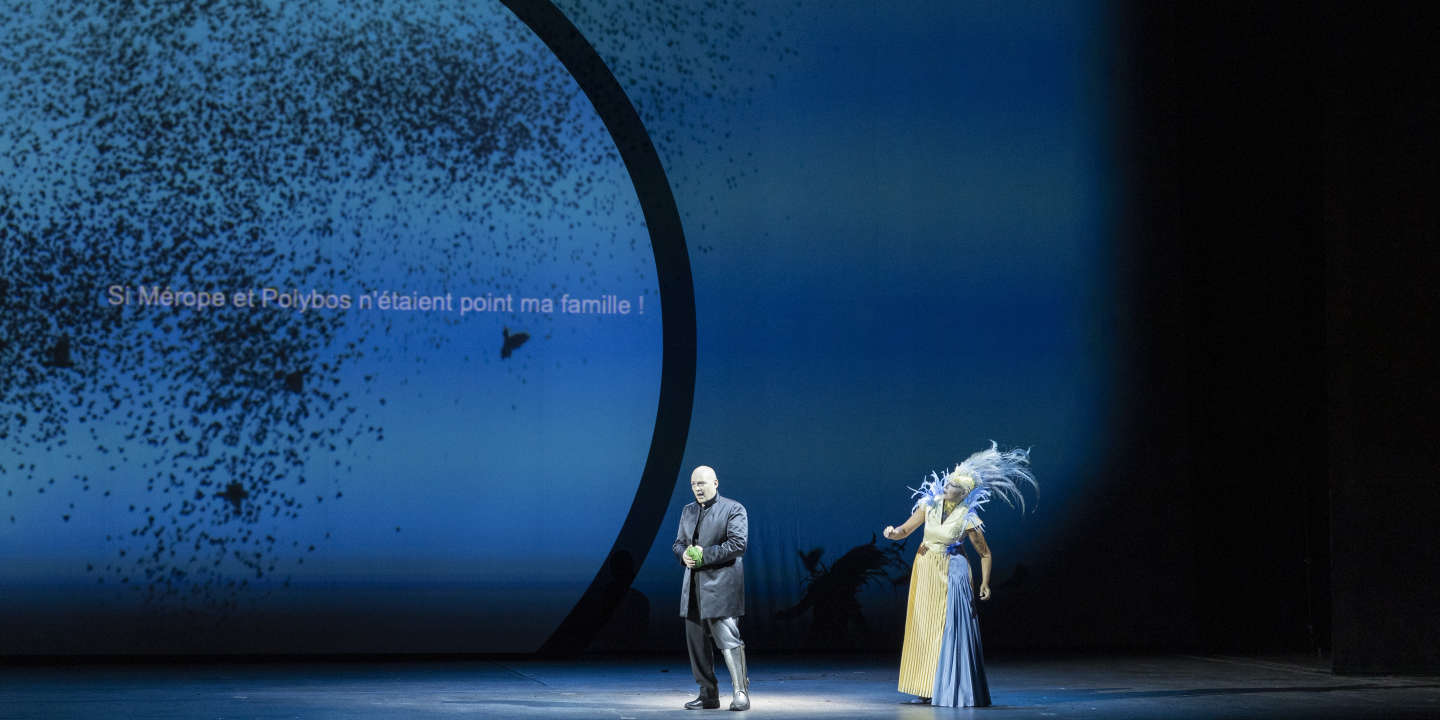 “Remember …”, asks, in voice-over, the storyteller who is about to comment on the theatrical action placed upstream ofOedipus, the lyric tragedy of Georges Enesco given in a new production, until October 14, at the Opéra Bastille. These words apply as much to the composer (endowed with a phenomenal memory) as to his music (founded on a clever network of reminiscences).

Before following the struggle of the Greek hero against elements which are supposed to exceed him, we therefore attend a prologue. This details her ancestry, from the kidnapping of Princess Europe by the god Zeus to the rape of a child committed by Laïos, the father of Oedipus, at the origin of the double infamy (making her mother pregnant and kill his progenitor) who awaits the key character of Sophocles’ play, on which the Enesco book created in 1936 is based.

Wajdi Mouawad, the director, does not proceed in this way to a mythological remedial course, but puts into perspective a family story likely to concern the viewer of today by questioning fate. Moreover, the magnificent costumes of Emmanuelle Thomas cover a vast period, from Antiquity to the present day.

Likewise, the shrub genealogy is extended in the specific hairstyles of each other, which Cécile Kretschmar has designed with an art worthy of Arcimboldo. Deer antlers for Laïos and his entourage, rosebushes for the servants, spring shoots for ephebes and hetaïres … Only Oedipus presents himself with a bare skull, to mark his difference, and in current attire, to suggest the timeless character of his situation.

Exhilaratingly full, the work of Wajdi Mouawad oscillates, like music, between faithful imagery (childbirth rite) and abstract extensions (in particular from the minimalist decorations of Emmanuel Clolus). The use of video (Stéphane Pougnand) is no less appropriate, when a flock of birds swarms like a flow of sperm. Fertilization also concerns the musical process, which relies on frequent penetrations of the orchestral mass by solos entrusted to the flute, bassoon or saxophone. Served by a gala performance under the direction of Ingo Metzmacher, the score impresses with its dramatic power.

Enesco proves, in his own way, that Oedipus is right when he maintains that “Man is stronger than his destiny”. Affirmation which allows the unhappy hero to solve the enigma set out by the Sphynge during one of the opera’s lyrical summits, with an air of mutant remarkably invested by the young Clémentine Margaine.

You have 21.18% of this article to read. The rest is for subscribers only.