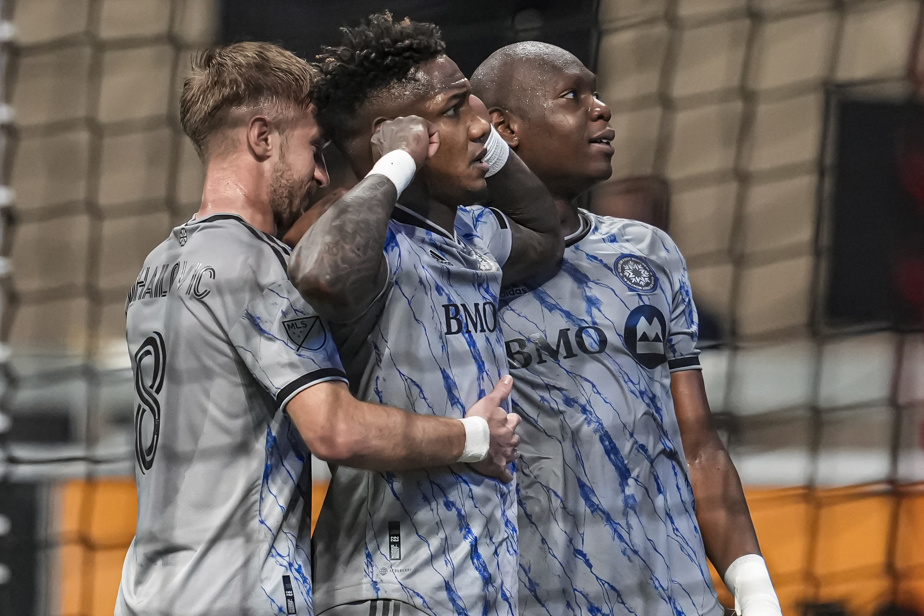 (Montreal) In general, CF Montreal players have very few fond memories of their confrontations against Atlanta United over the years. The most recent, a little over a month ago, certainly ranks in this category even if Wilfried Nancy’s men had collected a point in the standings on the opponent’s ground.

Thursday, after her troop’s training session at the Nutrilait Center, Nancy could not avoid questions about this March 19 match at the Mercedes-Benz stadium.

CF Montreal then let slip a two-goal lead in the last 10 minutes of the match, even though they were playing 11 against 10, en route to a sorry 3-3 draw.

However, and contrary to what some observers might have anticipated, CF Montreal did not crash following this match. Quite the contrary.

After this duel and a two-week break that allowed them to both empty and refuel, the Montreal players won the three games that followed, including one on the field of the New York Red Bulls. , where their successes had been very few in the past.

Then they added a 1-1 draw in another awkward environment, that of Subaru Park, home of the Philadelphia Union last Saturday.

Now Saturday afternoon at Saputo Stadium, CF Montreal (3-3-2) will have the chance to equal a team record achieved on three other occasions. He will then be looking for a sixth consecutive unbeaten game as he plays host to… Atlanta United.

“When we looked back on the match (in Atlanta), I gave the players the floor to express themselves a little about that, to have their feelings. We had a few discussions with a few players, whether they were the leaders or the slightly younger players. We did video and then it’s trying to put it into practice in training, “said Nancy when asked how it was possible for the team members to chase this match of their mind.

In fact, if we dissect Nancy’s words, the approach and attitude of CF Montreal’s color carriers have not really changed from one outing to another in 2022.

“What I mean by that is that the players are like that right now. They feel good and even if we concede a goal, they know that we will continue,” continued the head coach.

Saturday afternoon, Nancy will find a rival against whom CF Montreal (2-5-3) won only two games in 10 attempts. In addition, he will also see an opponent hard hit by injuries.

Three players, including goalkeeper Brad Guzan and midfielder Osvaldo Alonso, will sit out this season following tears to the right Achilles tendon and right anterior cruciate ligament, respectively. Another goalkeeper, Dylan Castanheira, is in the same situation.

Center forward Josef Martinez underwent right knee arthroscopy in early April and is expected to miss the match at Saputo Stadium as well.

Nancy seems to have a good idea of ​​the situation facing next rival CF Montreal, but Atlanta United is not to be taken lightly.

“We talked about it with the “staff” at the start of the week, saying “watch out for this match”. They have good players, they have a clear game plan. They are not going to change their way of playing because they have injuries. »

The best moments of the fashion meeting point