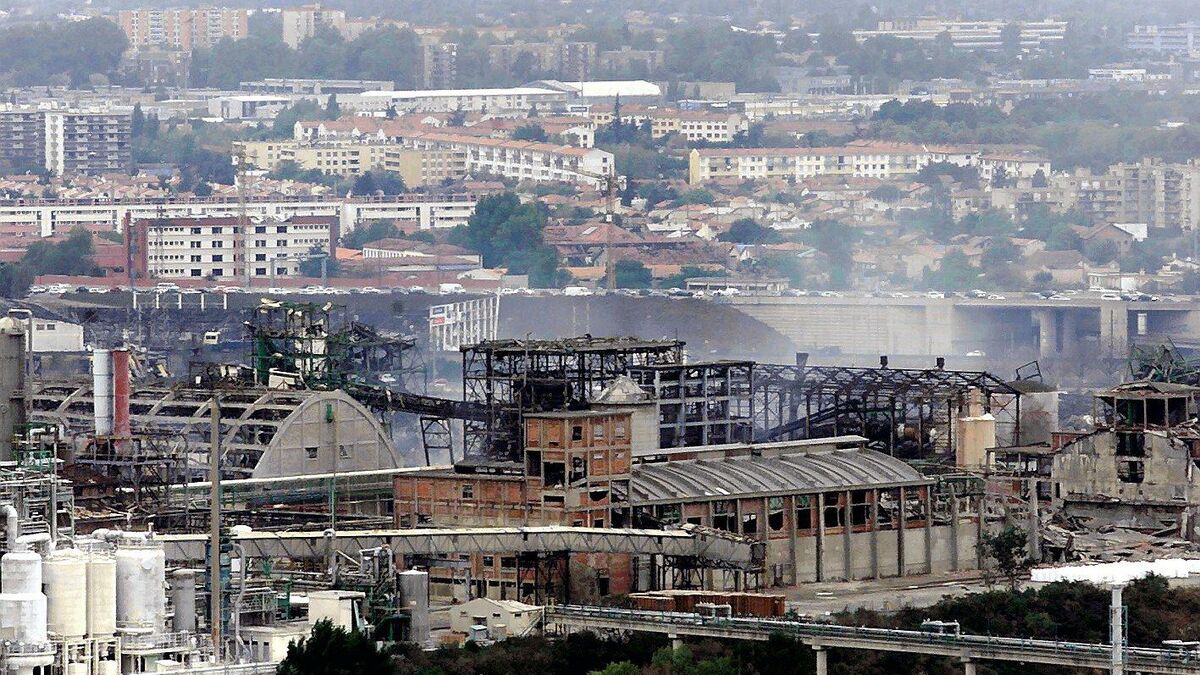 An official “memorial journey” inaugurated but irreconcilable positions between associations of victims: 20 years later, Toulouse commemorates this Tuesday the murderous explosion of the AZF factory which traumatized the Pink City with, once again, tributes in dispersed order. Local elected officials, representatives of the State and certain associations of victims, including former AZF employees, met from 10 a.m. on the site of the former chemical plant completely destroyed during the biggest French industrial disaster. since 1945.

As every year on September 21, the sirens sounded at 10:17 am, the time of the explosion, then the names of the 31 deceased people will be given before the wreaths are laid and a minute of silence. The LR mayor of Toulouse Jean-Luc Moudenc will then unveil a memorial route, around an already existing memorial which is the work of the artist Gilles Conan. It will be composed of nine panels retracing the history of the factory, its industrial past, the disaster itself, then the post-disaster period with the trials and the renewal of the site, explains the town hall.

Total always at the center of tensions

A clear desire to revive this place of memory little known to Toulouse residents and whose access from the road had until then been poorly indicated. A little earlier, around 9:30 am, another commemoration will be held two kilometers away, at the so-called September 21 roundabout, in which the association of victims of September 21 and the association “More never that” participate. . They boycott the official ceremony, not being satisfied with the final result of the memorial journey. They also categorically refuse to appear alongside Total representatives whom they have always held responsible, and former factory employees.

Because 20 years later and despite the final conviction of the former director of the site and the company, the Mémoire et Solidarité association of former AZF employees rejects the thesis adopted by the courts according to which the unfortunate mixture of chemicals, due to “negligence” or “breaches of the duty of care”, caused the explosion.

On September 21, 2001, more than 300 tonnes of ammonium nitrate stored in a hangar at the AZF chemical complex, five km from the city center, exploded. A seismic wave of 3.4 on the Richter scale will be recorded, relayed by a sound wave that carries the sound of the detonation up to 80 km from the city, itself accompanied by a destructive and deadly blast effect . In every district of Toulouse, we believe in an explosion near home, ten days after the September 11 attacks in the United States.

Tens of thousands of compensation cases

In addition to the 31 dead, the disaster left thousands injured. And tens of thousands of compensation files will be opened, for bodily injury or property damage. The legal battle, which lasted 18 years, led to the conviction in 2017 of the former director of the site Serge Biechlin to 15 months suspended imprisonment and a fine of 45,000 euros. The court fined the company that owns the factory and subsidiary of Total, Grande Paroisse. Both are found guilty of “serious faults” committed by “clumsiness”, “negligence” or “breach of the obligations of prudence”. Their cassation appeals were dismissed on December 17, 2019.

Today, the chemical plant has disappeared, making way for a cancer research center and a photovoltaic power plant, but the epicenter of the explosion, the old “crater”, remains an unclean wasteland. And on the occasion of the 20th anniversary of the explosion, several works – historical, biographical or photographic – and documentaries have emerged, often with the declared objective: to prevent this painful chapter in the history of the Pink City from falling. gradually into oblivion.