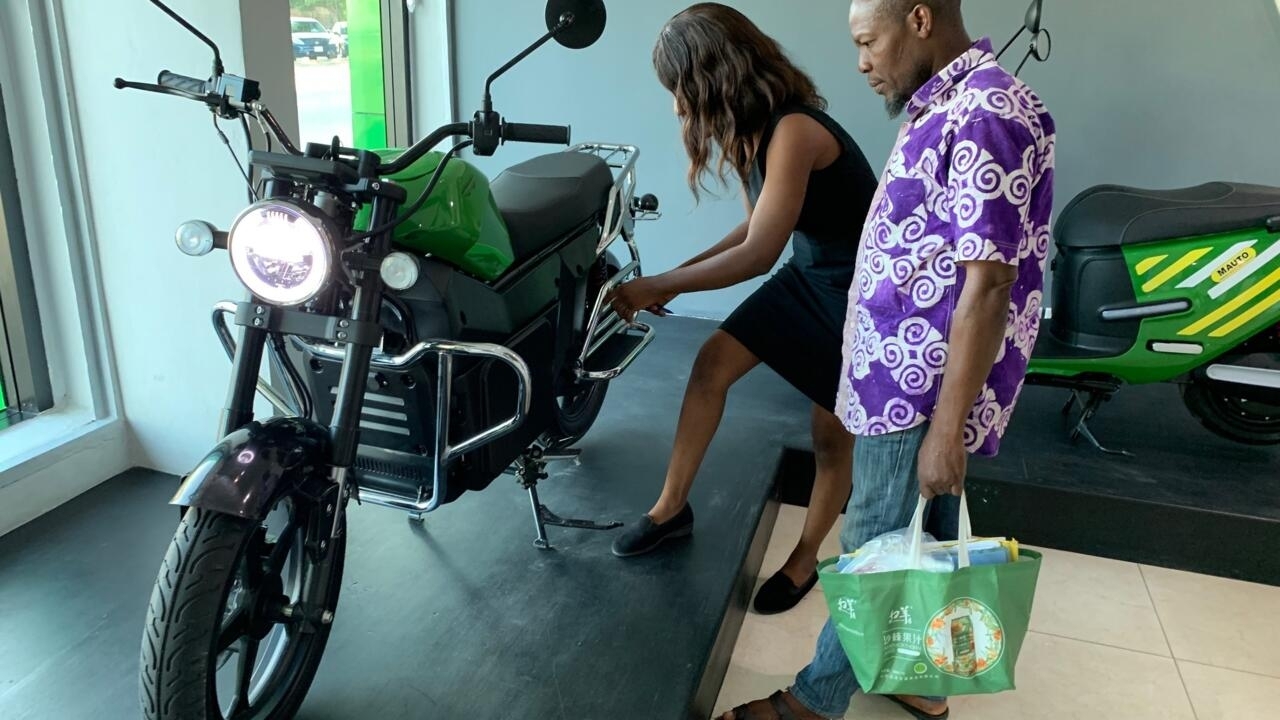 In Benin, will the zémidjans, the famous motorcycle taxis, soon be electric? It is in any case the hope and the ambition of a new brand which has just settled in Cotonou, the Mauto brand. The Indian company that manufactures them was bought by an Afro-Indian investment fund, Atif, which aims to produce these electric motorcycles in Benin and Togo.

From our special correspondent in Cotonou,

The Mauto boutique which has just opened its doors in Cotonou is always full. Customers lean on these curious machines which have neither engine nor exhaust pipe, but a large battery instead. Mohamed Wabi is an entrepreneur. He is thinking of buying an electric motorcycle to deliver to his customers. ” It costs me so much less. Why ? Because if I look at the trip I make in the city for my distributions, I spend about fifteen thousand francs a day. With a motorcycle that costs 1 300 francs a day is fantastic “, he explains.

Costs less, this is the argument that seduces the drivers of zémidjan, motorcycle taxis. Like Simplice, there are dozens of them lining up every day to test electric motorcycles. ” There is no chain to change, there is no fuel to pay, there is no mechanic, and besides, the company promises to cover the maintenance costs until at three years old Said Simplice.

It is true that the commercial offensive launched by Mauto has something to seduce. Hire-purchase twice as cheap as traditional offers for thermal motorcycles and electric refills at the price of gasoline. Only downside, charging points are still very rare. Availability that should improve quickly, according to Hervé Hountondji, the sales manager. ” What we are doing today is to set up recharging points all over the country, thanks to partnerships with distributors of petroleum products “says Hervé Hountondji.

Economical, ecological, motorcycles are also patriotic. The Mauto group, which has just been taken over by an Indo-African investment fund, Atif, will be manufacturing its motorcycles in Benin and Togo in the next few months, as explained by Shegun Bakari, partner of the Atif fund.

We are in the process of building factories which will each have the capacity to produce a thousand motorcycles per day from Benin and Togo to serve the entire West African region and beyond, Africa. Our goal is to be able to manufacture up to 85% of electric motorcycles directly in Benin and Togo and will mainly import parts that cannot be manufactured locally, headlights, tires, etc.

Mauto is not the only company to offer electric motorcycles in Africa, but its business model based on local production and carbon-free energy makes it a special player.