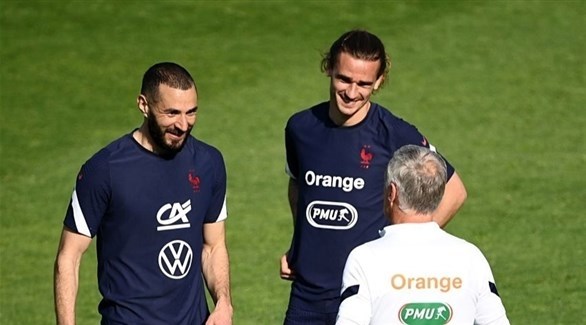 French Karim Benzema praised his compatriot Zinedine Zidane’s qualities as a coach and a man, after his decision to leave his position as coach of the Spanish club Real Madrid for the second time.

Real Madrid announced the departure of Zidane from the team last Thursday, after the team went out without titles during the last season.

Despite that, Zidane led Real to crown the Spanish League title in the 2019-2020 season, while Benzema’s talk during his presence with the French national team, after his sudden summoning to the list of world champions, was full of praise for Zidane.

Real Madrid’s top scorer spoke about Zidane, saying: “He is a very great coach, and on a human level, he is the ideal man.”

Benzema explained: “He was great with me, I am disappointed that he will leave Real Madrid, but this is what happens, life goes on.”

The riyal maintained its unbeaten record in its last 18 matches in the Spanish league, achieving 13 wins and five draws, which is the longest period in which the team has not received any loss in the competition, since March 2014, when it achieved 15 wins and three draws in the championship under the leadership of its Italian coach. Formerly Carlo Ancelotti.

Benzema contributed to 32 goals for Real in the Spanish League during the past season, after scoring 23 goals and making nine assists, which represents his best outcome in one season in the league, after he had previously contributed 31 goals in the competition during the 2015-2016 season, which witnessed 24 records One goal and seven assists.

The remarkable level of Benzema, the coach of the French national team, Didier Deschamps, prompted him to be included in the list of the team participating in the European Nations Cup “Euro 2020”.

The French national team is in Group F in the group stage of the continental competition, accompanied by Germany, Portugal and Hungary, as it begins its career in the tournament against its German counterpart on June 15th.