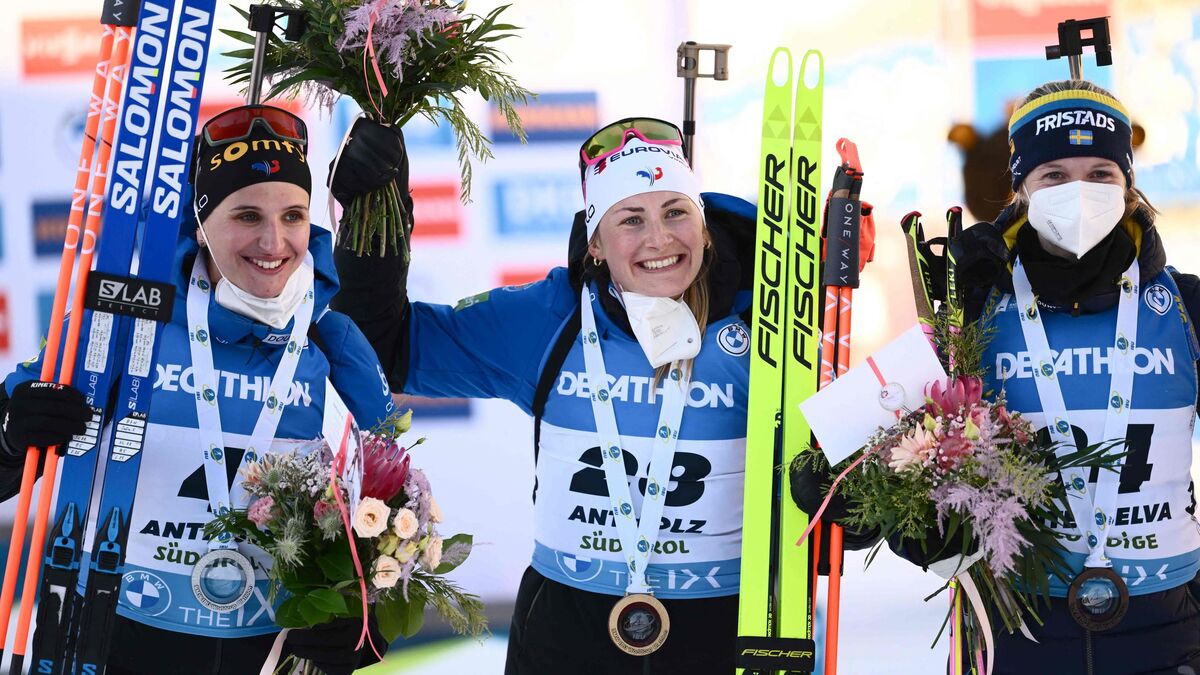 Les Bleus and Les Bleues are in good shape as the Olympics approach. The French Justine Braisaz-Bouchet won the individual (15 km) of Anterselva (Italy) on Friday, counting for the Biathlon World Cup, ahead of her compatriot Julia Simon. Braisaz-Bouchet (25) signed his first success of the season and the third of his career, filling up with confidence two weeks before the Beijing Olympics (February 4-20).

The last victory of the French dates back to December 5, 2019, already in individual in Ostersund in Sweden. She had only been on the podium once since the beginning of winter. “It’s an immense joy, because it was really a difficult race”, rejoiced the biathlete.

Very safe in shooting (19/20), Braisaz-Bouchet was able to show off her superiority on skis by setting the best time to win in the absence of several top names on the circuit, such as the leader of the general classification, the Norwegian Marte Olsbu Roeiseland, or the Swedish sisters Elvira and Hanna Oeberg, who skipped over to better prepare for the Olympics.

Simon confirms for his part his current good dispositions. After a catastrophic start, the biathlete from Les Saisies (25) recovered well from the Grand-Bornand stage in mid-December and recorded her fourth podium of the season despite two rifle errors. The Swedish Mona Brorsson took third place while the Czech Marketa Davidova (6th) won the small globe of the specialty.

Is the gradual lifting of health measures more or less rapid than with our neighbours?

Vaccination in the workplace: Citigroup’s ultimatum to its American employees